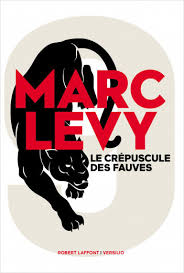 Twilight of the Beasts

“An episode of Casa de Papel meets Mission Impossible…
if you’re not worried about an all-nighter, read Twilight of the Beasts…”
-BFM TV, Première Edition

It’s a race against time for the Group 9 hackers – nine modern day Robin Hoods who risk their lives for the sake of the greater good – as they try to outwit their opponents, a handful of powerful tech moguls with sinister intentions.

The sequel to bestseller It Happened At Night, Marc Levy’s Twilight of the Beasts is a nail-biting political thriller which exposes the risk that Big Data poses to our society’s freedoms.