Susanna Lea Associates is dedicated to ensuring our authors’ work reaches the widest audience possible. We work with television and film producers in Europe, the UK, and the US  to bring our authors’ unique and inspirational voices to both the big and small screen.

We currently have projects in development with Netflix, Amazon Studios, Studio Canal, UGC, and Blueprint, amongst others. Our  authors include the award- winning journalist Carole Cadwalladr, the Colombian activist Ingrid Betancourt, the Nobel Peace Prize winner Dr. Mukwege, the international bestselling novelist Marc Levy (with several novels already adapted and others in development), Sabri Louatah (author of The Savages, adapted into a very successful and prize-winning mini-series), prize-winning novelists Violaine Huisman and Adélaïde de Clermont-Tonerre.

Below are highlighted a selection of works we represent with film and television rights available:

RT Television, a new company based in Sao Paolo, formed by RT Features and headed by RT Features Head of Television Barbara Teixeira, has acquired film and television rights to Ailton Krenak’s Ideas to Postpone the End of the World and Life is Not Useful. The two books from the renowned indigenous activist, will serve as the basis for a documentary series that covers Krenak’s ideas and reflections on the indigenous movement, humanity’s relationship with the environment and the need for an ethical, political and moral reckoning in order to advance preservation. Both books are published in Brazil by Companhia das Letras, and foreign rights are handled by Susanna Lea Associates.

TV deal and Italian preempt for “In Between Days”

We’ve closed a great TV deal and Mondadori took Italian rights for the brilliant, page-turning YA novel in which the philosophical question of “free will versus destiny” takes on a gripping, life-or-death urgency.

Danish film adaptation of THE ISIS HOSTAGE released in Denmark 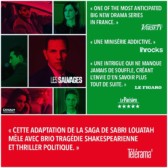 The mini-series based on the acclaimed novels THE SAVAGES, starring Marina Foïs, Roschdy Zem, and Amira Casar, will be aired on Canal + in September. Prizewinning author Sabri Louatah and director Rebecca Zlotowski have teamed up to adapt this addictive and timely drama. “Immense, and immensely popular.” – New Yorker  The press so far has been glowing, with Variety calling it “one of the most anticipated big new drama series in France,” and Télérama saying it “brilliantly blends Shakespearean tragedy and political thriller.” Watch the trailer here. 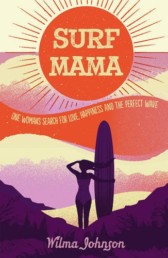 Film rights to Wilma Johnson’s SURF MAMA have been optioned by Powder Keg Pictures and The Amazing Film Company (TAF), with screenwriter Nick Moorcroft at the helm. Moorcroft wrote the screenplay for St. Trinians starring Rupert Everett and Gemma Arterton, and the upcoming film The Corrupted, starring Sam Claflin. 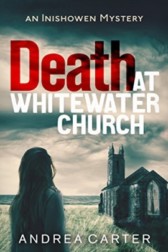 Andrea Carter’s Inishowen Mysteries to be adapted for TV!

Huge congratulations to Andrea Carter whose crime series (published in the UK by Little, Brown) is to be adapted for television. Zanzibar Films and Hold The Page have partnered with international distributor Kew Media to bring the series to the small screen. Described as ‘modern day Agatha Christie”, The Inishowen Mysteries are aimed at fans of Broadchurch,  Grantchester or The Case Histories. The 90-minute episodes are set on the rugged Inishowen Peninsula where the protagonist, Ben (for Benedicta), runs the most northerly legal practice in the country and helps local police sergeant Tom Molloy solve mysteries that the remote community throws up. Filming is due to start in Donegal next summer. More from The Bookseller here: https://www.thebookseller.com/news/carters-crime-series-adapted-t….