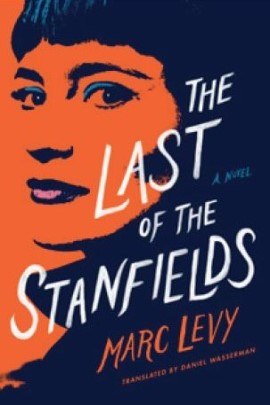 The Last of the Stanfields

Do we ever really know who is on our side?

Eleanor Rigby is a journalist for National Geographic in London. One morning, she receives an anonymous letter informing her that her mother has a criminal past.

George Harrison is a carpenter who lives in Eastern Quebec. One morning, he receives an anonymous letter accusing his own mother of the exact same crimes.

The author of the anonymous letters gives them instructions to go to a bar in the Baltimore harbor.

When they get there, their informer is nowhere to be seen. But Eleanor Rigby and George Harrison find themselves standing next to each other: on the wall in front of them is a photo of two young women, arm in arm. The two women are their mothers. How are they connected and what secrets do they share? What crimes did they commit? Who is the anonymous sender, and what does he – or she – want?

Unraveling a mystery that has haunted three generations, The Last of the Stanfields takes readers on a gripping journey from Occupied France in the summer of 1944, to Baltimore in the free-wheeling ’80s, to the London and Montreal of today.