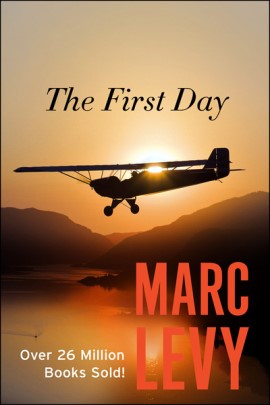 A heart-stopping tale of discovery, adventure and intrigue.

A mysterious object found in a dormant volcano will forever change the lives of Adrian and Keira. Together they embark on an extraordinary adventure which takes them from the banks of Lake Turkana in the heart of Africa to the mountains of China. They seek to reveal the object’s hidden secrets and answer the age-old question: how did life begin?

Keira is a passionate and ambitious archaeologist leading her first dig in the isolated Omo Valley in Ethiopia. When a sand storm destroys the site, she has no choice but to abandon her field work and go home: to Paris, to her sister and to the mundane city life she despises. She returns with an unusual stone, which was given to her by a local orphan boy.  While visiting the museum where her sister works, a probing elderly professor takes a particular interest in Keira and above all in the talisman she wears around her neck.

Adrian is an accomplished astrophysicist, who has taken a leave of absence from the illustrious Academy of Sciences in London to pursue his study of the stars in a remote observatory on the Atacama plateau in Chile. Ill-adapted to the altitude, he has to be rushed back to England before he can fully pursue his bold and unconventional research.

Keira and Adrian’s paths briefly cross while competing for an illustrious grant in London.  Years earlier they had spent one brief, romantic summer together before going their separate ways. Keira leaves her necklace behind in Adrian’s apartment, sparking his interest as a scientist and fuelling his hopes for a rekindling of old passions. With the help of a hapless administrator from the Academy, Adrian begins his own investigation of the stone’s origins, but it quickly becomes apparent that he is not the only one interested in the mysterious object, and that the other party is determined to get hold of it at any cost.

Adrian seeks out Keira who has returned to Africa. What innocently begins as a common pursuit of knowledge soon takes a dangerous turn when their guide is found dead.     Despite heightening threats to their own safety, Keira and Adrian continue their search, which takes them across the world, from cutting edge laboratories to venerable museums, from forgotten Greek islands to monasteries hidden in the mountains. They follow maps written in the stars and clues buried within the earth, always guided by the slowly unraveling secrets of the strange object from Ethiopia. But the professor and his cohorts are always on their tracks and one step ahead…

Praise for The First Day:

“Over the years, Marc Levy has seduced millions of readers. What’s his secret?  He writes about quintessential themes, such as love, friendship, and the mysteries of life, in an accessible way.” – Paris Match

“From one end of the world to the other, The First Day is a poetic and philosophical saga. As always, Marc Levy creates brave, bold characters who dream with the hopes and imagination of youth.” – Télé 7 Jours

“In the vein of his previous books, The First Day is a sensitively written novel, full of adventures that will surprise and delight readers.” – 20 Minutes

“Marc Levy has found a recipe for success: heartwarming novels that flirt with fantasy, told with simplicity. His books are accessible to all and make for great travel companions – even at home on a bookshelf, their pages are dusted with the sand of a summer beach vacation. This summer, The First Day carries on the tradition, weaving a love story through a metaphysical adventure.” – Ouest France

“Marc Levy’s latest novel, The First Day, is the most epic yet in scope, a page-turning adventure story.”  – Nice Matin

“Marc Levy, a former architect, knows how to successfully craft a story woven through with suspense as the action carries the reader to all four corners of the world. He immediately draws us into the atmosphere of the adventure novels we loved when we were young.” – 24 Heures

“One of the literary successes of the summer. Against the backdrop of a scientific adventure, The First Day is also a love story.” – La République

“A best-seller for sure. The First Day leads the reader on a journey in time and space, around the world. From the Omo Valley to Africa and Chile, from the Aegean Sea to Paris and Myanmar, Marc Levy weaves together two destinies: she is an archeologist on a mission to discover the first human being, and he is an astrophysicist trying to unravel the origins of the world.  This novel is not just a love story, but it is also a page turner that explores these two fundamental mysteries.”  –L’Est Républicain