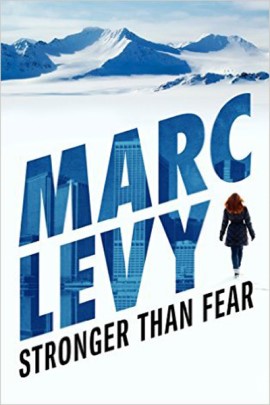 “Once again, Marc Levy proves his undeniable talent for storytelling. . .this powerful novel is a real pleasure to read.” – LE FIGARO

High in the French Alps, amidst the wreckage of a plane trapped for years under ice, Suzie Baker recovers a document that she hopes will clear her family name. But Suzie’s discovery catches the attention of the highest echelons of the American intelligence agencies and she soon realizes that there are many powerful, vested interests who want to keep the truth buried at all costs.

When New York Times journalist Andrew Stilman meets Suzie, he is immediately won over by her wicked charm and sheer spunk. Unwittingly, he finds himself lured into her investigation. By the time he realizes how dangerous it is, it’s too late for him to turn back. From the underground tunnels of New York City to the North Pole’s barren icescapes, Andrew and Suzie are on the run. As they try to outmaneuver their enemies, they risk their lives to expose one of the best-kept secrets of our time.