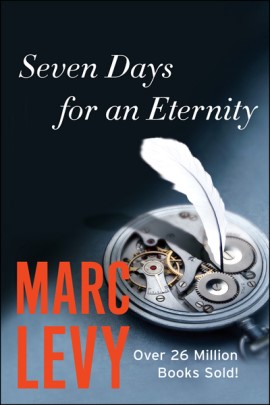 Seven Days for an Eternity

“Chance is the shape that God takes, when he goes under-cover.” – Jean Cocteau.

In a romantic comedy worthy of Frank Capra, in a parody of Good and Evil, Marc Levy delivers an irresistible tale of two characters worlds apart, destined never to meet. for He has the charm of the devil. She, the strength of an angel. God and Lucifer finally agree on something: they are worn out by their eternal bickering and would like to determine – once and for all – which of the two of them should reign over mankind and the world. The ground rules of their final showdown are simple and strict: each camp will send their best agent to earth for seven days, if God’s angel achieves more Good than the Devil’s demon does Bad, then God will take definitive control over humanity. and vice versa. God and Lucifer agree to set the challenge in San Francisco, and choose their respective emissaries. God – or rather Sir, as he is known by his loyal team – appoints Zofia. She is feisty, efficient and ambitious, in a wholesome way.

Meanwhile Lucifer – or rather the President – reluctantly chooses Lucas from his list of shifty candidates. Zofia starts off nervous about the daunting task that lies ahead of her. She knows all too well that Good is most powerful when expressed through the little gestures of everyday life, and over time, rather than “staged” in a rush. Lucas meanwhile relishes the challenge and is already plotting the financial and social demise of the city . Lucas has no scruples – he does not even know what a scruple is. On the evening of the first day, Lucas and Zofia’s paths cross in a local deli near the docks. Neither of them has any idea who the other is. For Lucas, this stranger’s striking looks and innocent glow make her a most attractive conquest. He adds to his “task list” the wooing of this woman who seems too good to be true. Instinctively Zofia does not trust this smooth-talking man, and yet when she looks into his tortured eyes she cannot help feeling sorry for him. The more time she spends with him, the more she wants to save this lost soul.