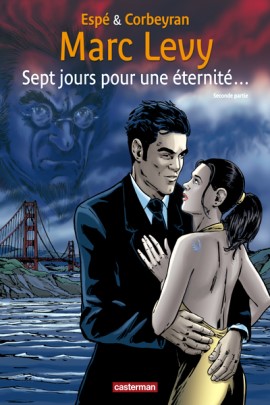 Seven Days for an Eternity: The Graphic Novel

The much awaited graphic novel adaptation of Marc Levy’s #1 bestseller and Carrefour Savoir magazine’s pick of the month.

They’ve tried to destroy each other for centuries, but they’ve failed. So God and the Devil plan a contest to finally decide who will rule eternity: each will send their top candidate to earth. The champions will have seven days to draw mankind towards good or evil, respectively. God picks his favorite angel, a ravishing young woman named Zofia. Lucifer picks Lucas, a male demon with devilishly good looks. The battlefield: present day San Francisco. The winner will rule mankind forever after: Seven days for an eternity.

Neither God nor the Devil could foresee that the two rivals, unaware of the other’s identity, would cross paths from the very start of the contest. Nor did they imagine that they could fall in love…