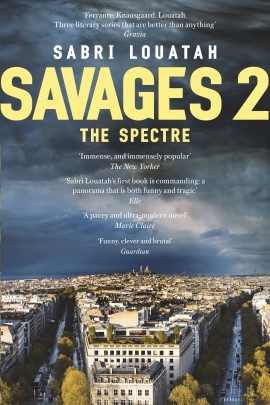 In an already tense crowd on election night, France’s first Arab presidential candidate Chaouch is shot at close range by the young and naïve Krim Nerrouche. As shock pulses through the nation, Paris is put on high alert, because although Krim’s finger pulled the trigger, it becomes clear he was not the mastermind behind the attack. Now, he must survive endless interrogations with the anti-terrorist police without revealing the location of the cousin he is fiercely protecting.

As investigations get underway, Chaouch is transferred to intensive care, hovering between life and death with his heartbroken family at his side. Later that evening, it is announced that he received the most votes in the election, but he might not ever wake up to this news. Meanwhile his daughter is facing the fact that not only is her father in a critical condition, she may not be allowed to see her boyfriend again – for he is a member of the sprawling Nerrouche family, who are currently all being treated as suspects by the authorities.

Savages 2: The Spectre takes us on an electrifying journey behind the scenes of power and into the heart of a state undermined by the most unprecedented attack in recent history. A family is torn apart and riots are breaking out in the housing projects of the Nerrouche family’s home in Saint Etienne, as relations become fraught with tension. Louatah builds the pace in this gripping sequel that will keep you turning its pages to the end to discover the future of a family and the destiny of a nation on the verge of a dangerously explosive moment in time.