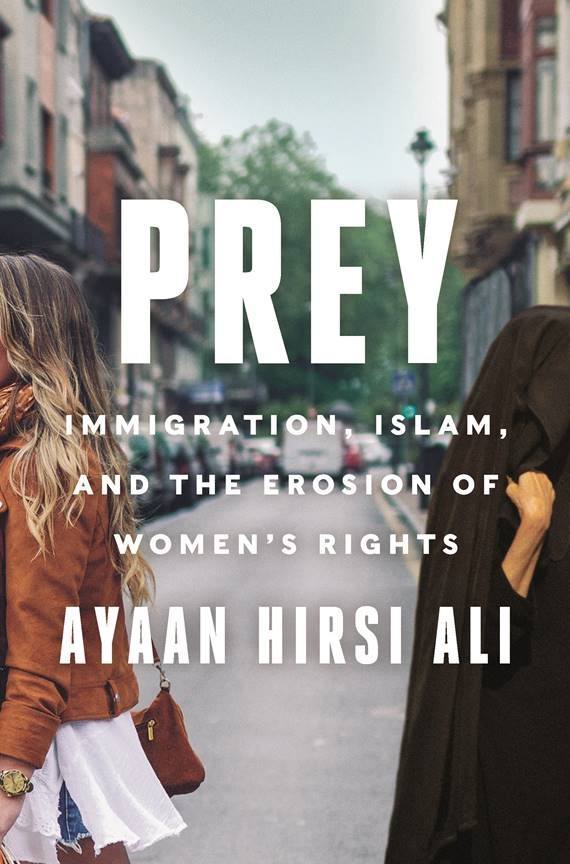 Immigration, Islam, and the Erosion of Women's Rights

In an incisive and timely new book, Ayaan Hirsi Ali argues that immigration and Islam are leading to a significant setback in women’s rights-not just for immigrants, but for all women in liberal democracies.

In an incisive and timely new book, Ayaan Hirsi Ali argues that immigration and Islam are leading to a significant setback in women’s rights – not just for immigrants, but for all women in liberal democracies.

In Prey, Ayaan Hirsi Ali weaves together personal testimonies and hard facts to show how the Western world is experiencing a significant setback for women’s rights. Underscoring the role of religion, demography, conflict, television, and social media, Hirsi Ali explains that today there is one major factor causing a decline in women’s safety and independence: massive immigration from Muslim majority countries with a radically different view of the place of women in society. This change is setting back women’s rights alarmingly fast, and in some places, by decades.

With extensive research and insight, Hirsi Ali flags this dangerous decline, addressing issues ranging from immigration and Islam to the apologetic multiculturalism of Western liberal democracies. Her message is clear: we cannot turn a blind eye to violations of women’s rights carried out in the name of religion in our own backyard.

“Until recently, women in Western liberal countries have taken safety in the streets for granted. As a Somali arriving in The Netherlands in 1992, I had grown up knowing that to step outside the house without covering my head and body, or walking alone, would make me a target for harassment and assault. As I acclimatized to life in a Western city, I learned that women’s rights were radically different from the world I had come from. In the 1990s, it looked like the momentum that had brought liberties for Western women would trickle down to newly arriving immigrants, and then spread out to the rest of the world. Yet today it is a tragedy that history is in reverse for women, and not just immigrant women, all women in the West.” – Ayaan Hirsi Ali

“Prey warns us that if we do not rethink our philosophy for protecting women and children, we risk losing one of Western civilization’s most precious asset: the rule of law.” —Henry A. Kissinger