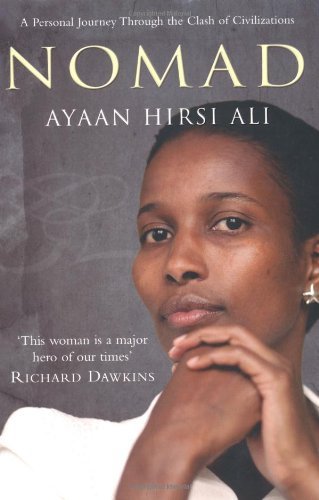 “This woman is a major hero of our time.” – Richard Dawkins

In her new book, Ayaan Hirsi Ali, the bestselling author of Infidel, addresses the situation of Muslim women in the world today and the effort to reconcile Islam with Western values. A unique blend of personal narrative, reportage and essay, this book is both informative and moving, and, by turns, very funny.

Ayaan Hirsi Ali has been living in the West now for 16 years. She left the Muslim faith in 2001, and has been an active contributor to the debates on Islam ever since, whether as a member of the Dutch Parliament or as a scholar and activist in the US. She has embraced the values of the West – some of her critics would say with “starry-eyed” enthusiasm – and yet, even though she fled an arranged marriage and has turned her back on her tribal and Muslim upbringing, she continues to struggle to reconcile the complex contradictions of her two worlds.

In this book she explores the reasons why Muslim women agree to submit to a world ruled by men. She analyzes Islam’s obsession with virginity and the honor code, and her own relationship with sex and “dishonor” – those awkward questions about excision, questions she often sees written on people’s faces, but which the same people don’t dare ask. She addresses the loud criticism leveled at her by some Muslim women, and the quiet support she is given by others. She examines what “freedom” means with twenty-four-hour security protection; and she discusses the responsibility – and irresponsibility – that comes with learning how to handle a life where she herself (rather than a man) makes her own decisions. She analyses what it is to be culturally a Muslim, but philosophically an atheist, and those moments of doubt and loneliness when the echoes of religion can seem so soothing.

Ayaan weaves together her personal story, the stories of other women and men she has come across during her research. She looks at high-profile cases and lesser known ones, international news events and chance encounters. She confronts the complacency and ignorance that often color intellectual debate on Islam, and, with disarming honesty, she shares her experiences, doubts and insights — in the hope that other Muslims will also have the courage to ask questions about their religion, and to help Westerners understand the internal struggle that many Muslims face. This book is the natural follow up to Infidel.