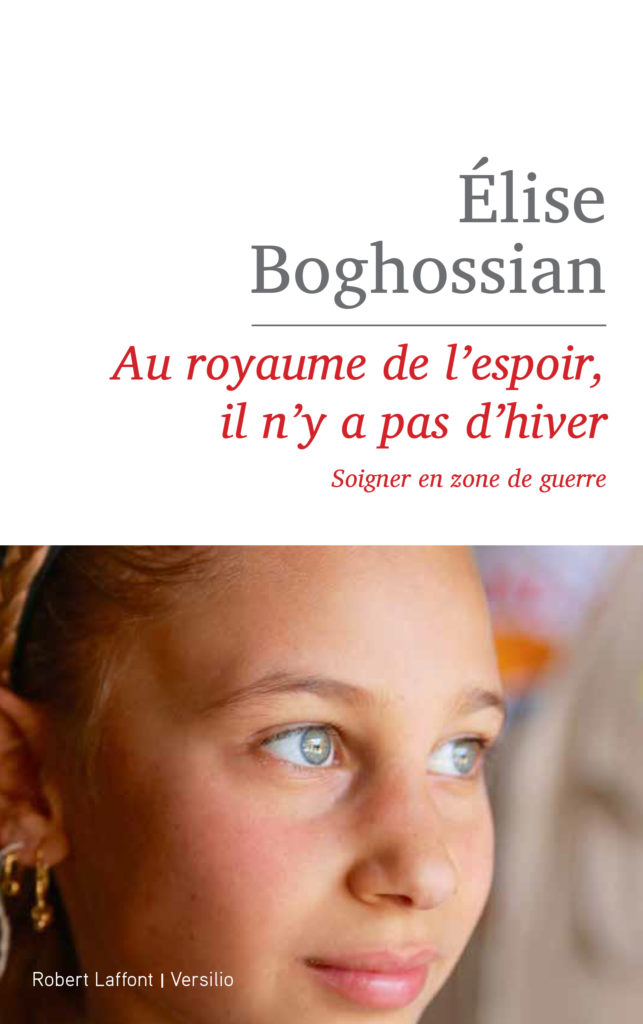 In the Kingdom of Hope

The remarkable tale of one woman’s quest to help refugees and victims of war.

“In the operating room, I shudder when I hear the sound of a saw. Amin is ten years old, he lost his legs when he was hit by a tank in Syria. I can’t breathe, I can’t swallow my bitter saliva, it tastes of a war that cries victory…

Several weeks later I’m back in the sprawling refugee camp in Jordan. Amin is waiting for me to begin our last acupuncture session. He sits in his wheelchair like a flower in the middle of a battlefield. For the first time, I see the hint of a smile on his face.”

Elise Boghossian has always known that she would dedicate her life to helping others. Her Armenian grandparents brought her up with stories of how they had been persecuted and exiled. Years later, from the comfort of her home in Paris, Elise saw what was happening to millions of Syrian civilians in the media and felt compelled to take action.

A mother of three young children and a successful acupuncturist in Paris, Elise first went to Jordan to one of the largest refugee camps in the world. She had to talk her way in, but armed with her needles and unflagging determination, she was able to start alleviating the pain of patients. During the next few months, her individual initiative grew into something bigger, and she founded an NGO.

Elise quickly realized that the camps in the region were overcrowded and only able to take in 10% of the refugees, while the other 90% were left to live in squalor, without access to medical care. Single-handedly, she raised the money to launch two mobile dispensaries and multipurpose medical units. Every day these buses travel across the region to reach refugees and to provide comprehensive medical care. Each bus is equipped with a doctor, pharmacist, nurse, surgeon, acupuncturist and psychologist, administering 7,000 treatments per month in 28 different sites, to patients that include soldiers, the elderly, young children, and women who have escaped from ISIS.

In the Kingdom of Hope is a testament to the horror, injustice, and everyday survival of refugees. Bringing to light issues ranging from the treatment of physical and psychological pain in the midst of one of the worst crises of the 21st Century, to the benefits of Chinese medicine in such a context, this is above all the incredibly inspiring story of how one woman can make a difference.