After studying neuroscience, Elise Boghossian traveled to Vietnam and China to learn how to practice acupuncture. She obtained a doctorate in Chinese medicine and gynecology, then implemented her research in France, where she created the Shennong & Avicenne Association, which promotes the benefits of traditional Chinese medicine, particularly in conflict zones. Having set up two mobile dispensaries to date, most recently the “women’s bus” in Iraq in June 2015, Elise Boghossian plans on establishing more mobile medical units in war zones and areas of extreme poverty. She is married with three children and is based in Paris. 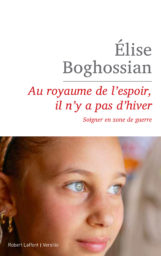