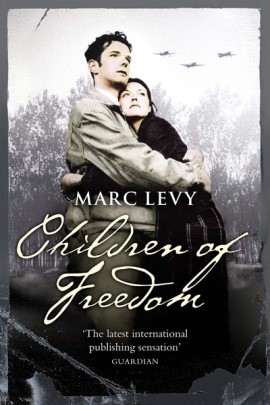 This is the story of a group of adolescents who were part of a Resistance Brigade during World War II. Barely twenty years of age, many of them were immigrants. What united them was their indestructible belief that freedom was worth fighting for – that one day Spring would return.

In Children of Freedom, Marc Levy captures the everyday life of Jeannot and his fellow members of the 35th Brigade. This group was based out of Toulouse and it succeeded in resisting the occupying forces, the local militia and collaborating Frenchmen.   Resisting took many forms. Sometimes it was about creating havoc, undermining others’ plans, dreaming and plotting about a different world. Sometimes it was about killing. The enemy had eyes and ears everywhere and no one could be trusted. Almost no one. These full blooded youngsters were not even allowed to take the risk of falling in love. For love would be too valuable a bargaining tool if any of them were ever caught.   Yet even in the most dire circumstances, these young men and women found things to laugh about. Even when they had next to nothing left to give, they were generous. And even though it was forbidden, they did fall in love.

From the very first page to the last, the reader is torn between the hope that the heroes will survive, and the knowledge that their death is almost inevitable. Fast paced, profoundly moving, this novel leaves the reader with the sweet and lingering taste of a playful smile, long after it is finished.
This novel is based on a true story. The 35th Brigade did exist and it was made up of adolescents, many of whom cried “vive la France” with a foreign accent. One of the members of the Brigade was Marc Levy’s father. His code name was Jeannot.