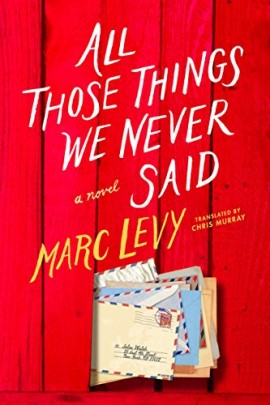 All Those Things We Never Said

As far back as Julia Walsh could remember, she always had a difficult relationship with her father. They hardly ever saw each other. Hardly ever spoke, and on the rare occasions they did, they never seemed to agree on anything.

Three days before her wedding, Julia receives a phone call from her father’s personal secretary. Just as Julia had predicted, Anthony Walsh will not be able to attend his daughter’s wedding.

However, for once, Julia has to admit that her father’s excuse is irreproachable.

Julia cannot help seeing the tragic-comical side of the situation. From one second to the next, her nuptial dreams transform into funeral plans. Even beyond the grave, it seems, Anthony Walsh has his own particularly effective way of disrupting his daughter’s life.

But the day after his funeral, Julia discovers that her father has one last surprise in store for her. Without a doubt, the journey of a life-time, and an opportunity to say, at last, all those things they had never said.

With this novel, Marc Levy creates a world of mischief and suspense. At its heart, lie the relationship between a father and daughter, and a tale of first love, the kind of love that never dies.