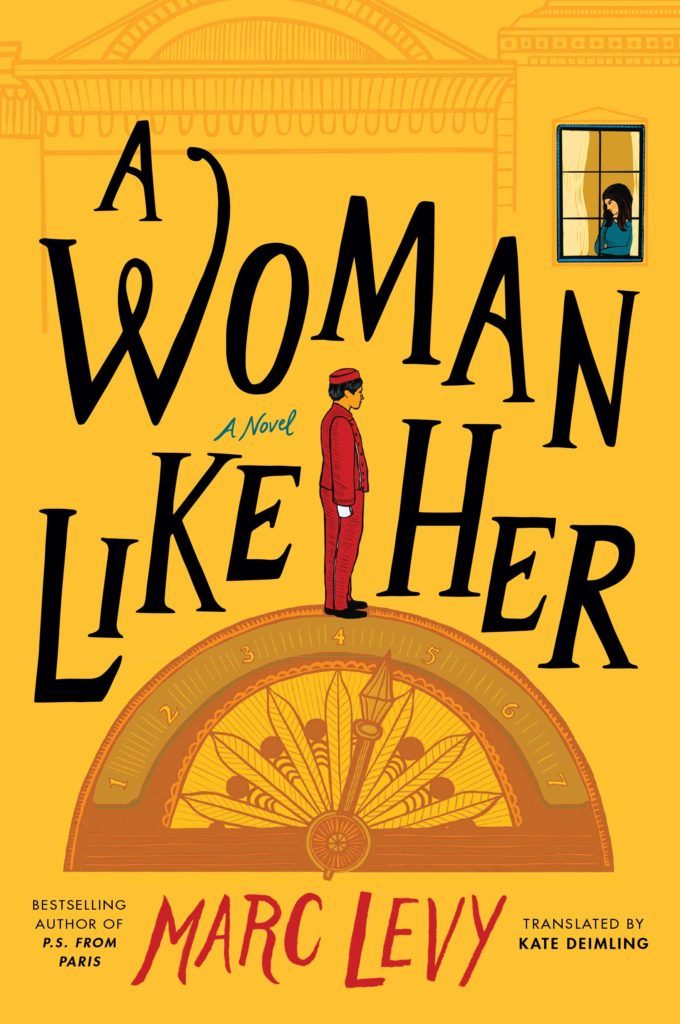 373 pages May 2018 copies in French, manuscript in English Commercial Fiction

During a business trip to New York, Sanji is talked into helping out his elderly uncle. He agrees to become an elevator operator in one of the city’s last mechanical elevators. The goal: to help his uncle fulfill a lifetime ambition to set the record for most miles traveled vertically. None of the inhabitants of this opulent Fifth Avenue building suspect that this charming young man in uniform and white gloves is in fact a very successful businessman back in Mumbai.

Least of all Chloe, who lives in the penthouse. Chloe is an aspiring actress − even though she’s been confined to a wheelchair since that terrible day, April 15, 2013. Chloe has no idea that Sanji, the new elevator operator on nightshift duty, is about to turn her world upside down, and that life at 12 Fifth Avenue will never be the same.

A Woman like Her is an irresistible comedy that celebrates our differences and everything that brings us together − and where no one is truly who they appear to be.

“Marc Levy is a virtuoso of the imagination…This is his most beautiful romantic comedy. It’s enchanting…a delight on every level.”

“A love story, a wonderful read.”

“The beautiful tale of two people who were never meant to meet…Unputdownable…very well done.”

“Guaranteed to be a summer bestseller…It sparkles like champagne and calls to mind films like Notting Hill.”

“Irresistible! You’re riveted by the characters from start to finish.”

“A joyful, original novel with such endearing characters. An ode to diversity.”

“A wonderful comedy…in which anything can happen.”

“A sure hit. This wonderful novel is an emotional elevator, with Marc Levy the perfect operator at the commands.”

“A love letter to New York.”

“A hilarious, touching, and very New York comedy about the differences that bring us together.”

“Marc Levy blends genres…in this luminous novel that will brighten our summers.”