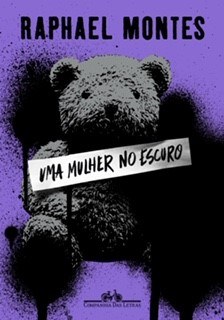 A Woman in the Dark

A stunning new psychological thriller from the Brazilian bestselling author.

When Victoria’s terrible past resurfaces, she knows there are only three people she can trust. The problem? One of them is a killer.

Victoria Bravo was four years old when a man broke into her home and stabbed her family to death. The sole survivor, she is now a shy, solitary young woman in Rio, with recurring nightmares and serious relationship issues.

But when the past comes knocking on her door, Victoria is forced to face her own personal tragedy and embark on a voyage that throws open her own darkest recesses, but also the possibility of a new beginning.

A Woman in the Dark reinforces Raphael Montes’s status as one of the world’s most original suspense writers.