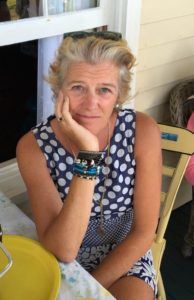 Stephanie Cabot is half French, half American and grew up in London, Paris and New England. She attended Harvard, where she studied History, and first worked in New York and London with JP Morgan. Her career as an agent began at WME in London, where she spent nine years and ran the office for the last five, before relocating to the US and to The Gernert Company in NYC, where she has worked for the past fifteen years.

Stephanie’s interests are a reflection of her own reading tastes which have always been wide and far ranging. She is drawn to the international narratives whether told in story, memoir or essays as well as literary fiction reflecting diverse, global voices, speculative fiction, upmarket commercial fiction, crime and thrillers.

Stephanie has spent the past ten years involved with a small internationally focused social justice NGO, World Connect, whose mission is to empower grassroots leaders to initiate change in their communities.