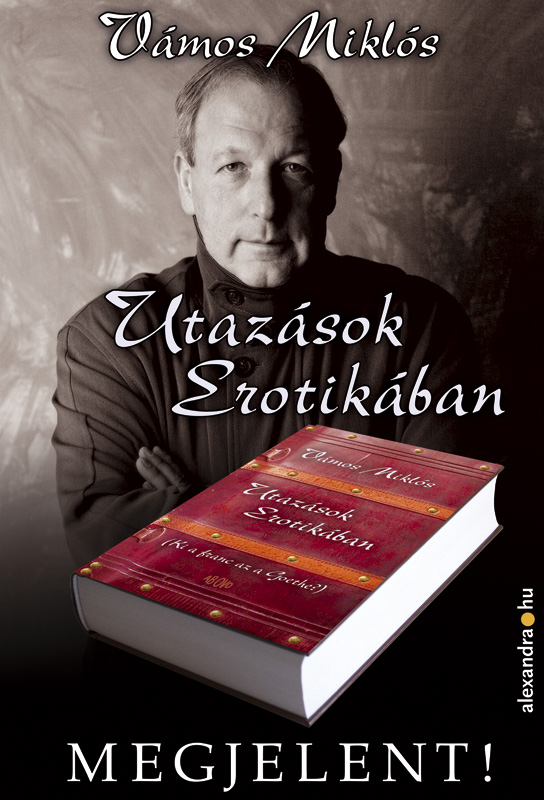 (Who the Hell is Goethe?)

Anyone who has ever been in love, married or divorced, should read this novel. Optimists, who have done these things more than once, should read it twice.

In his new novel, Miklos Vamos captures the life of a man through the stories of the ten women he has loved throughout his life. Our hero is a Hungarian man of letters who has devoted his career to studying the oeuvre and biography of Johann Wolfgang Goethe. Goethe is renowned for having had relationships with almost one hundred women throughout his long life. This man, the Goethe expert, has had only ten: three wives and seven lovers. Each chapter captures a new love – in the first, he is seven years old, and in the last, he is almost sixty. The crisis of our hero’s third (and last) marriage is interwoven with the past in alternate chapters that take place in Berlin during one hot summer’s month in 2007. A novel that addresses love, sex, happiness, and disappointments. Laughter and tears in equal measure. Praise for The Book of Fathers: “A superb family saga that draws the reader effortlessly through nearly three centuries of turbulent history. it records the political upheavals of an entire nation. The characters are fascinating and Vamos’s writing is a magnificent, seamless blend of the general and the personal”. – The London Times “An ambitious and sparkling work, spiced with a touch of the esoteric. Vámos is an inspired and enthusiastic story teller, a good guide to history and to human nature.” – Amazonas “A fantastic, multi-colored and rich vision of the heroes’ lives in the tempest of history.” – Wiener Zeitung