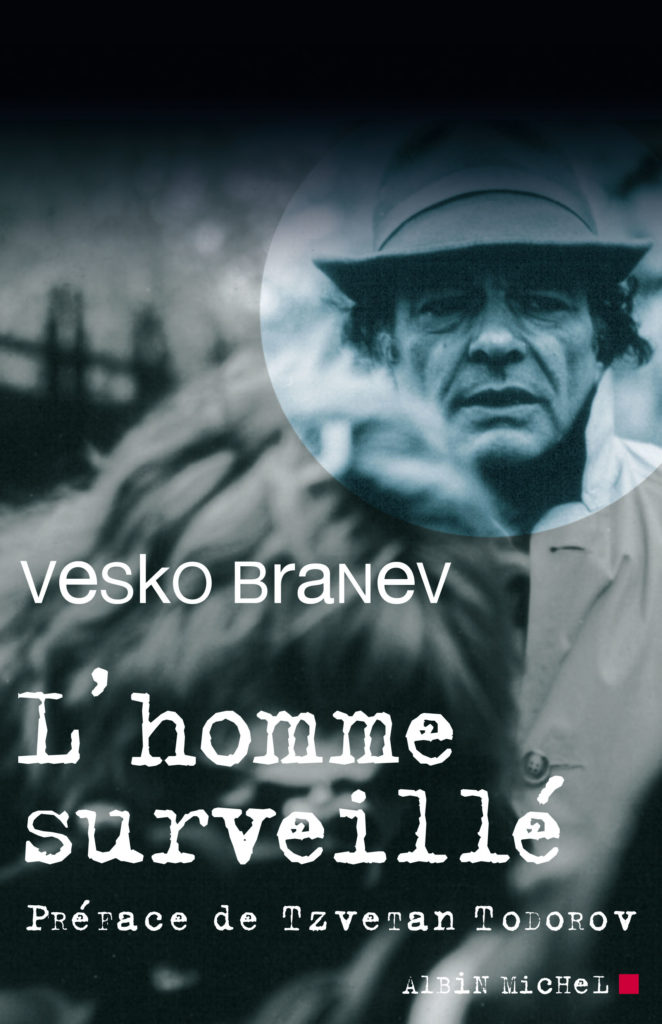 “Branev’s moral honesty and literary talent have turned an everyday, moving story of a heroic citizen who fought back under communist rule into a work of art.”
– From the Preface by Tzvetan Todorov

Vesko was born in Bulgaria and lived there until the iron curtain came down – with the exception of a brief stint in an East German prison. In 1988, having immigrated to Canada, he discovered the voluminous file of documents testifying to the surveillance he had been under from 1958 – 1974. During this period Vesko had been living in Sofia striving to be a journalist, writer and filmmaker. An ordinary man, trying to live an ordinary life. Even though he was not involved in any subversive activity, his every move was followed by a zealous secret service and eager informants.

Vesko knew that he was being watched. He could feel it. He kept on telling himself that the public persona he had created would protect his true self; but in time he realized that the facade had become an integral part of who he was. Vesko weaves the frighteningly impersonal secret service observations through his own ever-humane account.

Of course, my pursuers could only follow my physical movements. In their reports I come across like some insect, moving around the world in an incoherent and disorganized fashion. Indeed, since the thoughts and feelings of a watched man remain unknowable, he makes pitiful entertainment.

In The Watched Man Vesko also recounts the way those around him fell into the system – a fellow student committing suicide when he sees his ideals betrayed; famous poets agreeing to write pointless poems praising current events; journalists noting down answers that they don’t believe, or not asking the obvious questions – and he also sees himself comply by submission, falling into the state-sponsored mediocrity.

All this time I lived like a little gypsy whose father had taught him to play the violin for a living, but who had landed in a village where they didn’t like music and violins were broken.

Intelligent, beguiling, Vesko’s The Watched Man sheds fresh insight on the ‘banality of evil’. Where The Lives of Others presented the heroic, moving, fictional account of an artist battling against intellectual repression, Vesko’s fascinating and poignant first-hand account shows how so many great minds caught in a totalitarian system were bent into submission. It is both a unique historical document and a gripping literary achievement.