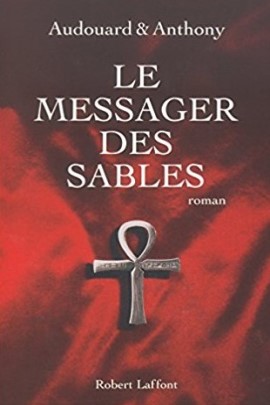 The Sands of Time

They went 3,000 miles to conquer a country. He traveled 200 years to find the girl of his dreams. Their quest of love, betrayal, and adventure led them to a new world, and a mystery that runs through the sands of time.

A fast paced, historical adventure, The Sands of Time is set against the backdrop of the first modern military campaign into the Middle East, and the courage of the troops who followed the young General Bonaparte to Egypt. These men are as oblivious to the glories that await them – temples, pyramids, and wonders of Arab civilization – as they are to the suffering that they will endure – the lethal heat of the desert, the battles against Egypt’s fierce Mameluke rulers, and the dangers of the first Muslim Jihad (triggered by their arrival).

The hero, Vincent Jefferson Herbach is a young musician with a pure heart. Unsure of his place in the expedition, Jefferson is taken under the wing of Vivant Denon. One of the great figures of the period – a brilliant writer, painter, diplomat and a charming rascal – Denon plans to use the trip to collect artefacts for a museum (the true basis for the world-famous Louvre), and hopes that Jefferson will help him in his search.

With Denon as his mentor and battles in his sights, the young Jefferson discovers that his arrival in the country was long prophesied and that his journey may include an ancient mission – troubling and yet intriguing. Around Vincent’s neck is a simple silver cross, the gift of a Maltese knight. The cross bears hieroglyphs on each arm – perplexing signs that warn of danger, and also reveal the promise of glory, friendship and love. But this promise can only be fulfilled if Jefferson can solve an ancient riddle. And escape the traitor in the shadows.

“The bestseller of the autumn. Indiana Jones meets The Name of the Rose.” – Télé 7 Jours