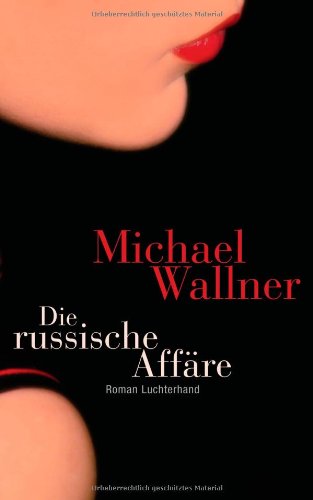 Moscow, 1978 – 29-year-old Anna leads a narrow life with little comfort and no room for fantasy. Her days are filled with a frustrating routine of painfully slow public buses, her mindless work as a wall painter for a Muscovite building collective, followed by endless lines for meager rations to feed her family. Her husband Leonid, an officer in the Red Army has been transferred to the isolated island of Sakhalin on the other side of the Soviet Union, leaving her alone to care for her chronically ill son Petia and her dissident poet father Viktor Zasuchin, who drowns his bitterness at no longer being published in illegally home distilled vodka.

Anna finds an escape from the monotony of her existence through her unexpected encounter with the formidable deputy secretary of scientific research, Alexei Bulyagkov. He offers her an escape from the tedium of her daily life, and becomes her friend and lover.

But even this pleasure is short-lived as the KGB threatens her family and blackmails her into spying on Bulyagkov. Racked with guilt and fearful of the increasing hold the KGB exerts on her life, Anna starts supplying reports on her lover. For a while she is able to convince herself she is only doing this for Buliagkov’s own good, in order to protect him from his enemies and from making friends with the wrong people.

Unbeknownst to Anna, Bulyagkov is aware of the espionage and has been supplying her with false information to keep the KGB and even Anna on the wrong track while he plans to defect to Sweden.

Put to the test, Anna chooses to confess to Buliagkov, knowing very well she may have taken this decision far too late. Telling the truth leaves her no choice but to end their affair – despite her enduring passion.

The only redeeming aspect of her separation is the faint hope that she might be able to rediscover her husband. Yet this dream is also dashed when she receives a letter from Leonid saying he has fallen in love with another woman in Siberia and wishes to forget about Anna and Petia altogether.. Anna finds herself utterly alone.

However, when Anna is told by Bulyagkov’s driver and confident that her ex-lover is in danger and that his plan is about to be thwarted, she has a chance to seize the moment and determine her destiny.

The Russian Affair is a breathtaking novel of intrigue and suspense in a time of great turmoil, the story of a woman who has no alternative but to betray her innermost values and her secret love in order to sustain the well-being of her family. The subtle portrait of a woman who, tired of continuous compromise, decides to remain true to herself – against all odds.