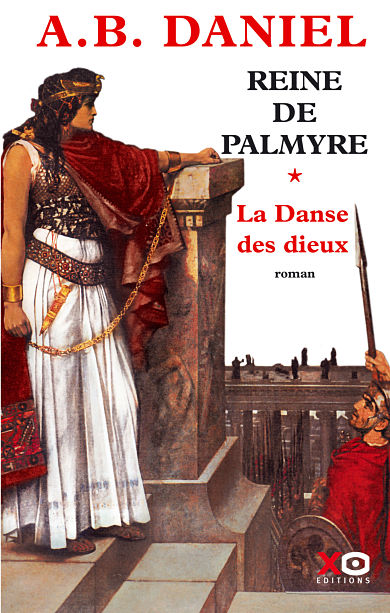 The Queen of Palmyra

The saga of the Syrian Cleopatra; a woman who raised a kingdom stood to fight the great Roman Empire, and became a legend in her lifetime

Born in a tent amid a nomadic clan of the 3rd century BC, nothing predestined Zenobia to become the great queen of the Middle East… Nothing except perhaps a shooting star that lit up that night’s sky.

This sign comes to represent Zenobia’s impetuousness and contributes to the growing legend around her. As a teenager, she resists the marriage arranged by her father and flees to the great city of Palmyra – the capital of an empire that reaches from the Mediterranean to the Euphrates, where she will marry Palmyra’s king.

When her husband is murdered, Zenobia surprises all and takes the helm as queen, and her rule will be exceptional. She becomes known for riding into battle with her troops, conquering her enemies first hand. That is, until she comes up against the great Roman Emperor Aurelius, a man who both battles her tenacious spirit and is also charmed by it…

Today, all that remains of Zenobia’s kingdom are the time-worn columns, walls and outlines of the ancient city — beautiful ruins amid the Syrian desert that are visited by tourists and archaeologists. But Petrarch, Boccacio, Montaigne and Flaubert were all inspired by Zenobia’s legend over the centuries, now A.B. Daniel fill her lost kingdom with the life, love, excitement and adventures of “The Queen of Palmyra”.

Richly documented and evocatively imagined, A.B. Daniel frame Zenobia’s story against the backdrop of the rise of Christianity, the deadly politics of the Roman Empire and the equally vicious rivalries of the Syrian tribes – a freshly uncovered treasure for the reader.

“The reader will be left breathless as he falls into this epic novel.” – Le Parisien