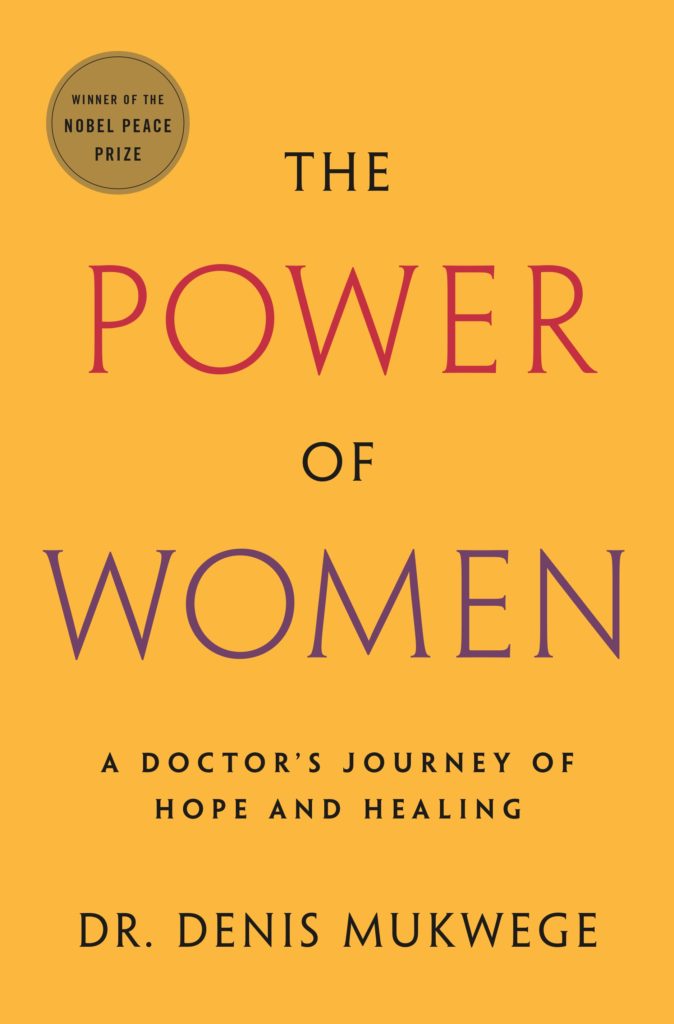 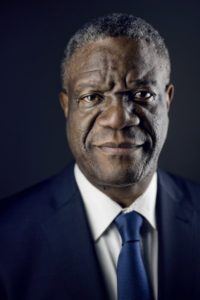 The Power of Women

Learning from Resilience to Heal Our World

“When I think of Dr. Mukwege and all those survivors, I am just in awe of their courage. Their courage arms and nourishes me—obliges me to live my own life with strength and bravery. And you will feel the same if you actually read this book. To not be daunted by the challenges that our comfortable lives throw our way. To stand up for those who can’t find their voices, or whose voices have been silenced, I’d like you to think about it this week.” -Oprah Winfrey

In an era of Putin, Trump and Bolsonaro, it’s easy to lose your faith in humanity. But every once in a while, someone like Dr. Mukwege comes along and renews it.

2018 Nobel Peace Prize laureate Dr. Mukwege has seen unimaginable destruction, pain that should never be felt – and has saved countless lives at the risk of losing his own in several assassination attempts at his home and hospital. His tireless work to heal survivors of sexual violence in his war-torn country of Congo has gained him recognition as a global champion of women’s rights.

The Power of Women prompts us to challenge our attitude towards sexual violence. Part autobiography, part rallying cry against sexual violence in peace-time and in war, Dr. Mukwege explores how he became an activist by accident, but has stayed one out of necessity, seeking throughout to spotlight the extraordinary women who have shaped and inspired him. It is a story about struggle and suffering, but it is also one of hope and resilience. Dr. Mukwege has seen thousands of women on the brink of death and heard their harrowing stories – but he has also witnessed them heal, buy land, start businesses, and help rebuild their shattered communities.

The Power of Women is an arresting and deeply compelling call to action that reinforces the messages of the #MeToo movement. Dr. Mukwege explains that corruption, cruelty and global indifference have sustained two decades of conflict in his country, but he argues throughout that the rape crisis in Congo is inextricably linked to the mistreatment of women in homes and on streets in all parts of the world.

Dr. Mukwege also addresses men, encouraging and guiding them to become allies in the fight against sexual abuse. Through his personal example and his ideas, he hopes to inspire a new form of “positive masculinity” – a change in male behavior and attitudes that will help build more inclusive, gender-balanced societies. He believes other men must join the struggle.

The countless women that Dr. Mukwege has worked with call him their savior. Dr. Mukwege is quick to point out, however, that they, the women, are the heroines of this story.

“The book we all need to be paying attention to now. The voices of women in Eastern Congo reverberate throughout Dr. Mukwege’s moving account of the causes and consequences of sexual violence. Weaving together their stories with accounts from across the world, he calls on us all to emulate the strength of women for the sake of the world.”

“There are real heroes out there. There’s Denis Mukwege.”

“Denis Mukwege is a beacon calling men everywhere to a new consciousness.  He risked and continues to risk his life to break ranks with a patriarchal culture that licenses violence towards all women. He is  an ally, a brother, a visionary of the heart, a healer and a true friend to women across the world.”

—V (formerly Eve Ensler), award-winning playwright and bestselling author of The Vagina Monologues and The Apology

“A tireless defender of women’s dignity, Dr. Mukwege is beginning a new phase, from now on he will also be fighting to spread awareness of sexual violence as a weapon of war.”

“An important, deeply affecting account of the invaluable work of a devoted humanitarian.”

Oprah talks with Dr. Denis Mukwege about The Power of Women.

US (WE): Flatiron Books