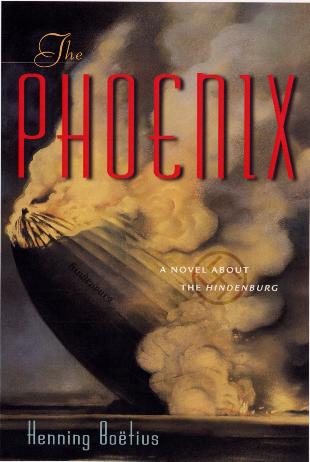 “An elegiac view of the ill-fated airship” – The New Yorker “Carefully researched and gripping.” – LA Times

The year is 1947, ten years after the famous zeppelin Hindenburg burst spectacularly into flames while landing in Lakehurst, New Jersey. The cause of the disaster is still a mystery. The airship was a symbol of world peace and German technological prowess and was carrying important American industrialists and high-ranking Nazi officers. Goering had pronounced the disaster an ‘accident’. However the reasons to think the crash was something other than a horrible accident are manifold and contradictory. Birger Lund, a survivor, suspects sabotage. He is one of 28 survivors who had been declared dead by the Nazi authorities. Horrifically burnt in the flames of the crash, Lund is unrecognizable even to himself. With a new face and a new identity, he sets off in search of the truth about the crash. Lund tracks down Edmund Boysen, the officer at the controls at the time of the explosion, to his childhood home, an isolated xenophobic island where the politics of Nazi Germany live on… Henning Boëtius, the son of the only living member of the crew of the Hindenburg has written a fast-paced narrative that unfolds against the background of fascist Germany. The Phoenix combines a love story, an exploration of the physics of air travel, and a frightening re-creation of – after the sinking of the Titanic – perhaps the greatest accident of the first half of the twentieth century. This is historical fiction at its best.