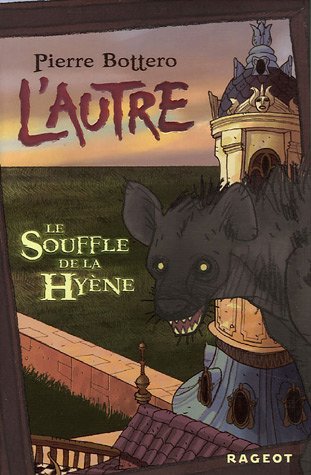 Pierre Bottero died on November 8th, following a motorcycle accident. He was a wonderful author and person, with limitless imagination and unrivaled generosity. He will be greatly missed.

“Death a is a gift we receive from those who leave us. A demanding, oppressive gift, but a gift nonetheless. With it comes the ability to grow, to understand, to broaden our horizons, to learn.”
ELLANA, L’ENVOL (with author commentary)

In the heart of the South American jungle, a professor breaks open a block of ancient granite, freeing the Other, who had been contained in it for over 3 600 years…

Nathan lives in Canada, in an average house, in an average town. But Nathan is anything but average. He is an exceptional athlete; not only can he outrun and out throw his classmates, but within just a couple of hours Nathan can master the intricacies of any game. He returns home late one night after a basketball match – in which he has once again excelled with a minimum of effort – and is lingering outside his house to admire the season’s first snowfall. Out of the blue his house bursts into flames, claiming the lives of his parents sleeping inside. Nathan’s cell phone rings. His dead father has sent him a pre-recorded message warning Nathan that his life is in extreme danger, and that he must trust no one, not even the police. He gives him instructions to take the next plane to France. There, someone from the ‘Family’ will contact him. This Family, his father says, has riches and power beyond the imagination. They will help him. The situation is urgent: he must leave, now. Nathan finds himself in the throes of a wild chase which requires all of his talents to escape from the menacing, otherworldly creatures on his trail. He outsmarts a Lycanthrope in the Canadian mountains and, while trying to fight a group of Helbrumes upon his arrival in France, he makes the acquaintance of Shaeh, a strange girl; very different to anyone Nathan has met before. She carries a secret with her that she tries to hide at all cost. Finally, his father’s cousin Bartholomew rescues the two adolescents and whisks them off to a grand mansion with manicured gardens on the Mediterranean coast. There they are received by representatives from the seven Families, each extraordinary and suspicious in equal measure. They agree to tell Nathan his story, but first he must pass an initiation rite in the House of Elsewhere. In this curious place, closed by a multitude of doors, he must find that of his own family and at all costs avoid that of Jaalab, the force of the Other, and the archenemy of the seven Families… Nathan and Shaeh will go on to discover their intriguing and dangerous inheritance, as well as the weight of their responsibilities. Pierre Bottero’s dynamic writing breathes life into this richly layered fantasy story.