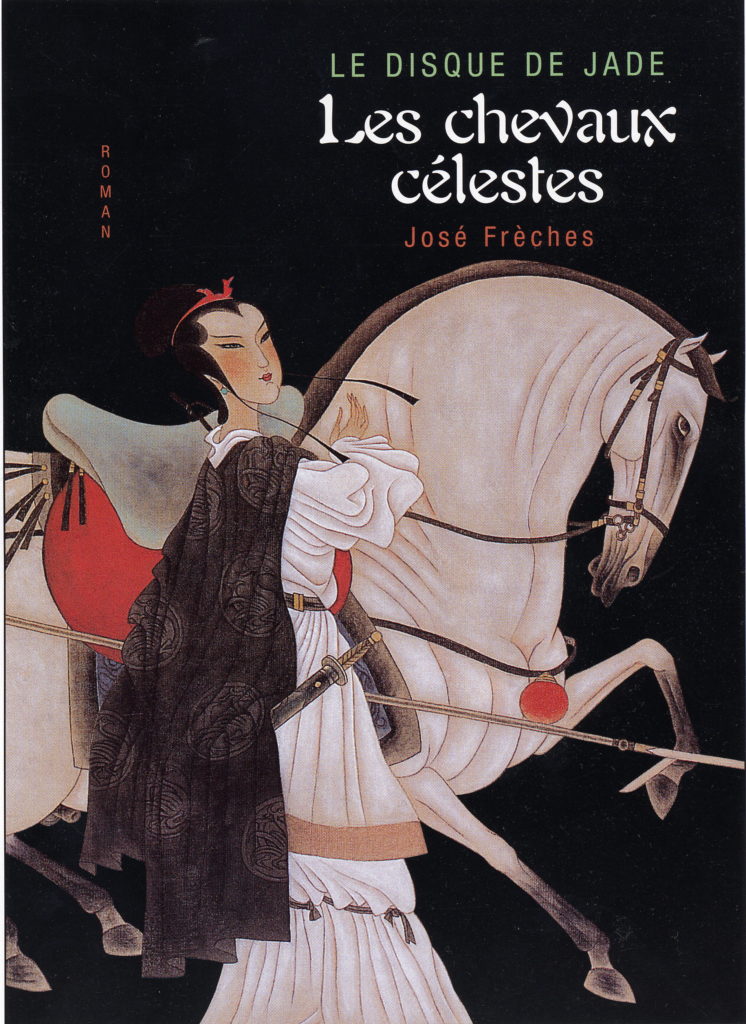 The Legend of the Jade

“One of the most astounding sagas ever imagined about China, a dazzling tour de force!” – l’Express

In the bustling morning market of Handan Square in the Kingdom of Zhao, the respected horse trader Lubevey is making the rounds together with his loyal Secretary Zhaosheng, when he comes across a jade disk unmatched in its craftsmanship and splendor. Although an expert negotiator, Lubevey immediately offers the dubious hawker, Gold Tooth, an unprecedented sum of money for it. Days go by and Gold Tooth never comes to claim his fortune. Obsessed by his prized possession, Lubevey is haunted by the memory of the peddler’s unwitting repetition of Priestess Deep Valley’s prophecy: “The spangled black disk bearing the mark of the Hongmeng Chaos will bring immortality to its rightful owner.” Encouraged by his Confucian tutor, Lubevey decides to undertake the journey to the waterfall at the foot of Huashan Mountain to show the priestess the disk in the hope of uncovering the secrets of the jade.

Meanwhile, in the neighboring Kingdom of Qin, the King’s faithful Master of Arms sets off on an important confidential mission. He is to retrieve a uniquely beautiful jade disk from the tomb of King Zhong’s first love. The King’s health has been steadily failing him. Qin is in a period of great unrest; its army is weak due to a shortage of horses and the heir apparent is more concerned with the pleasures of the flesh than with the well-being of the nation. The secret Taoist advisor of Zhong has assured him that the fate of the kingdom lies with the jade disk.

So begins this brilliantly plotted tale that draws the reader into a fascinating world full of rich historical detail, intrigue and suspense. The Legend of the Jade has the heart of a Greek tragedy and the sweep of an epic romance.