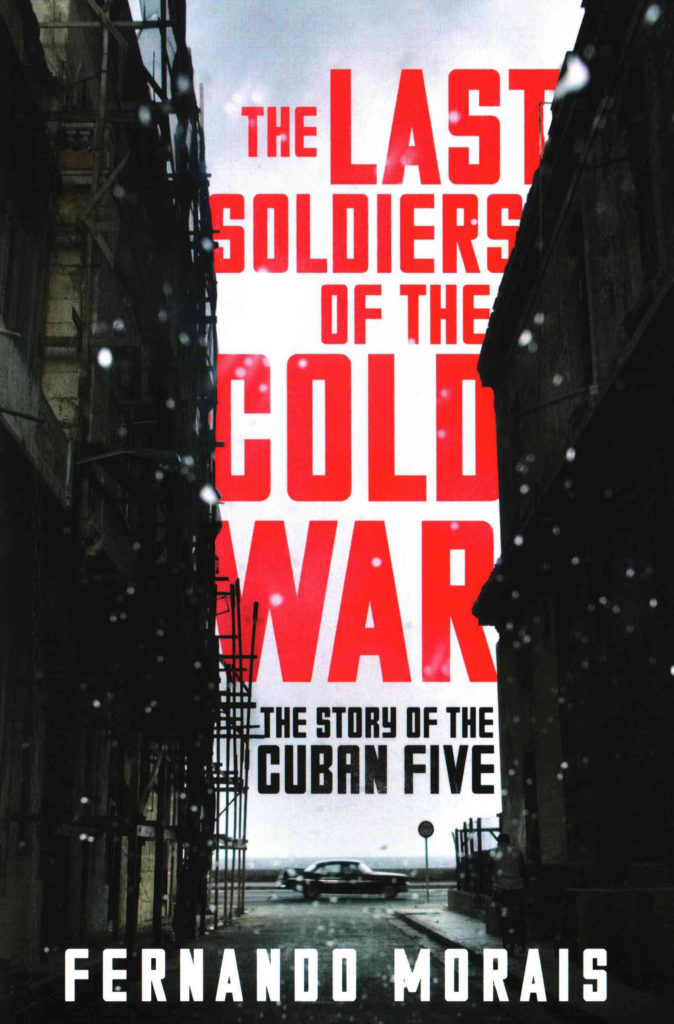 The Last Soldiers of the Cold War

As gripping as a spy thriller, but entirely true
– the dramatic story of the covert, present-day war between Cuba and the US

The 1962 Missile Crisis may represent the height of the conflict between Cuba and the US, but the two countries have never ceased their heated battle across the small strait of water that separates them. The conflict has even involved commando attacks and a Cuban sleeper cell in the US – as revealed here for the first time.
Through the eighties and nineties, Florida-based, anti-Castro groups made up of Cuban-Americans became militantly engaged in trying to bring down the Cuban leader. Their tactic ranged from: dusting Cuban crops with plagues of insects, interfering with Havana Airport’s control tower transmissions, dropping propaganda leaflets to foment rebellion. They even used old American war planes to invade the Caribbean island’s air space – making sure their official US Air Force markings were still visible. Havana made dozens of official complaints to Washington, to no avail. Behind the scenes, the Bush administration was giving more than tacit support to the anti-Castro groups.
And as Cuba looked to tourism to ease the economic crisis aggravated by the collapse of the Soviet Union, the US-based groups turned the heat up even further, declaiming on their private broadcasting networks: “the international community needs to know that Bosnia-Herzegovina is a safer tourist destination than Cuba.” In five years, the anti-Castro groups carried out over 127 attacks: they bombed prominent hotels, and even sailed from Key West to Cuban beaches, where they opened fire with machine-guns.
Finally the Cuba government decided to strike back.
They created the “Wasp Network” – a group of twelve men and two women –to infiltrate Florida’s 41 anti-Castro groups. They went deep undercover to gather information, prepare for attacks and undermine the anti-Castro attacks…

The Last Soldiers of the Cold War tells this secret war’s thrilling story and follows the lives of these unlikely spies, who from one day to the next abandoned the comfort of their families and friends for a life of subterfuge and adventure. Deeply researched and highly readable, it’s packed with twists and turns worthy of the best spy novels.

Praise for Fernando Morais’ Olga:
“A renowned journalist, Morais proves himself to be a great researcher and a writer gifted with sensibility and talent. A book that tells of life and death, that speaks of beauty and disgrace – a truly unforgettable story.” -Jorge Amado

“…a journalistic masterpiece, one that holds the reader from the first word to the last.” – Süddeutsche Zeitung

“More than a kind portrait, Olga is a revelation.” -Le Monde

“Olga is the portrait of a time of obscurantism and terror, the age of Hitler and Mussolini, Franco and Stalin…” -Dagens Nyheter, Sweden