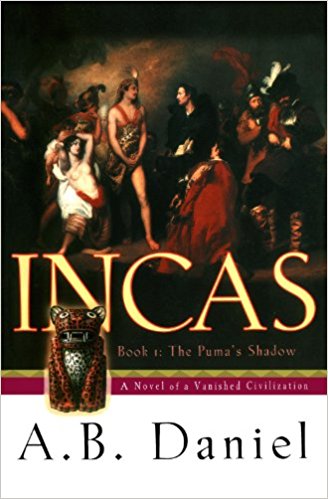 On March 5th 1532 a group of 180 men and 57 horses led by the Captain Don Francisco Pizarro disembarked on the northern coast of Peru in pursuit of a magnificent dream. Their grueling journey from Spain lasted several years. When they arrived on these distant shores they were starving, exhausted, weakened by illness. but hungry for gold and conquest. Facing them was the Inca Empire – a century’s worth of civilization – a people whose heart was hardened by daily sacrifice, and whose power came from the gods. The Incas were emerging from a civil war, fought between two sons of the great Huayna Capac – the King of this empire of “The Four Cardinal Directions.” Although the battles between the two clans had weakened the Incas, their army – numbering 80,000 soldiers, fiercely organized and well equipped – was considered invincible. This expertly researched novel in 3 volumes retraces this superb and tragic chapter of history. The destinies, exploits and passions of a cast of unforgettable characters are intertwined with the telling of this epic adventure. Capturing the Incas, a lost civilization in all its splendor, savagery and spirituality, revealing the Spanish conquistadors, their determination, their madness, their ruthlessness, this page-turner of a novel, carried by a wonderful love story, takes us into the heart of this heroic confrontation.