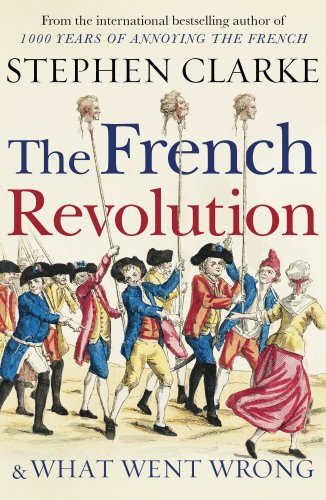 An eye-opening look at Versailles, the downfall of the French monarchy, and why the French Revolution never should have happened.

In 1789 almost no one wanted to oust King Louis XVI, let alone guillotine him. People wanted democratic reform within a monarchy, and initially that was what they got. But as power-hungry populists used fake news to stir up discontent, the country tipped into violent revolution, never to fully recover.

So what went wrong? How did the previously popular Louis end up beheaded, whilst the country tore itself apart? And how has the episode come to be seen as the birth of Liberté, Egalité and Fraternité when in fact ordinary people enjoyed no more democracy than before? Clarke goes back to original 18th century sources to provide thought-provoking and entertaining answers.

Following the success of TV series such as Versailles, The Crown, and Victoria, this book will be a timely look at an ancient regime that seemed impregnable, and how the “will of the people” is so easily subverted.