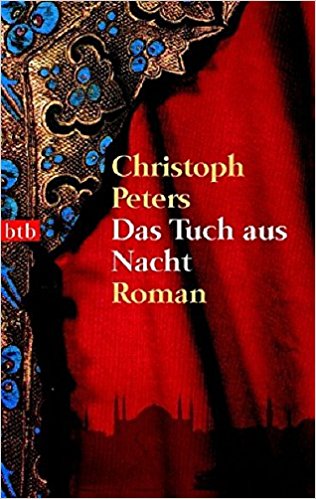 The Fabric of Night

“A magical literary labyrinth; Christoph Peters is the most sophisticated and extraordinary of today’s German literary fiction writers” – Die Welt

The Fabric of Night is the spellbinding account of a love affair and mysterious murder one winter week in Istanbul. Told through shifting, spiralling voices, Christoph Peters mixes crime, sex and high art in his original and accomplished portrait of an artist increasingly losing touch with reality – Paul Bowles’ expatriate vagabond meets Patricia Highsmith’s skewed psychopath.
Just 28, Albin Kranz is already an old man. As a sculptor, he defines himself as a master of an art form on the brink of extinction, his despair only enhanced by years of alcoholism. Albin’s photographer girlfriend, Livia Mendt, has been forced to share his insomnia, jealous anxiety, hallucinations — all the unreasonable demands that he uses to test the limits of her love for him. After five years, their relationship is at a dead end and Livia suggests they visit Istanbul to give it a last chance.
But the “vacation” gets off to an ominous start. One morning, as he is standing on the roof terrace of his hotel, Albin believes he witnesses a murder in the hotel ‘Otelo Sultan’ immediately opposite — it seems that Jonathon Miller, the American gem dealer, has been murdered, and his young wife Ireen has fled from the room.
In the hotel bar that same evening, Albin and Livia encounter a group of art students on a study trip to Istanbul. Albin tells them about the strange events of the day. Nobody believes him, not even Livia, who is worried that Albin is hallucinating — a symptom of the alcoholic’s “delirium tremens” — or that perhaps he’s just trying to destabilize her with yet another one of his make-believe tales.
Peters narrates Albin and Livia’s story in virtuoso style with alternate chapters written from two independent and chronologically opposed perspectives. Long before Albin, the reader suspects that the two events of the day – the murder that he still believes he has seen and the encounter with the students – will be the catalyst to even more surprises. The plurality of voices create a fascinating and complex enigma, a prism of murder, deception and love infused in the strangeness of Istanbul in winter.