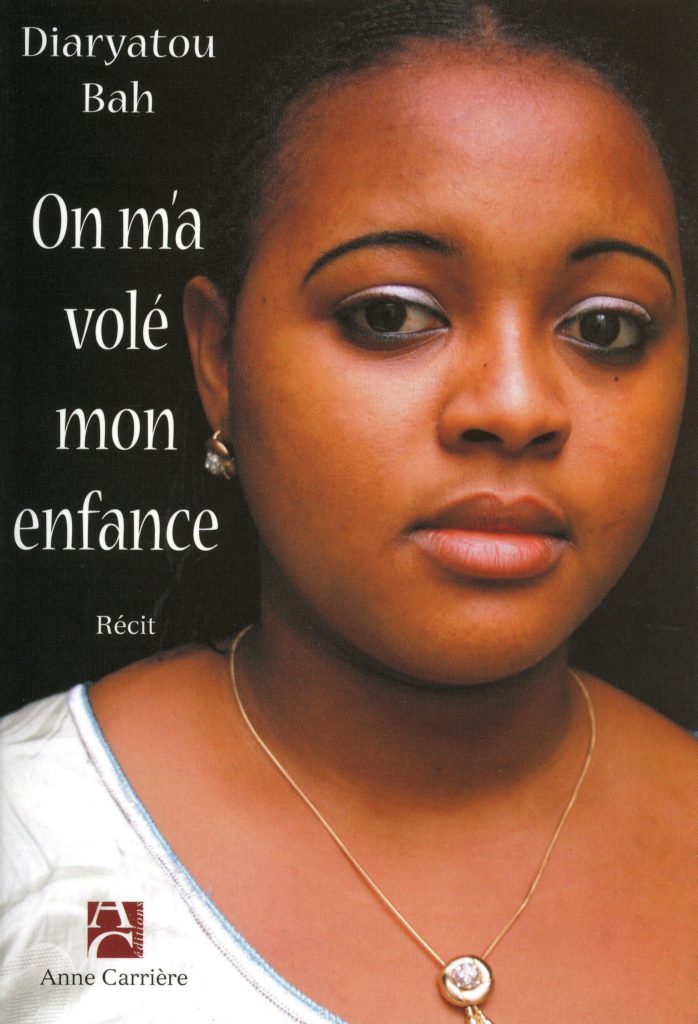 The Courage to Leave

The inspiring story of a young woman’s struggle for freedom

Diaryatou was born in 1985 in Guinea. One of 32 children (her father had four wives), at the age of two she was sent to live with her grandparents in a little village “on the edge of the world,” where there was no electricity and the only sound was that of the birds. Although, like all young girls in the village, she underwent female genital mutilation at the age of eight, Diaryatou lived out her young years in relative tranquility.

At fourteen, an acquaintance returned to Guinea and visited the Bah home. Diaryatou’s father owed him a favor; the man suggested that Diaryatou become his wife. The man claimed to work for the European Commission in Holland, so Diaryatou would be able to have a brighter future in Europe and help her family financially. The family was torn, but decided to honor the request.

The groom did not attend his own wedding. Instead, his brother represented him “legally” in all the traditional activities. They obtained false papers for Diaryatou – she was still too young to marry – and in August 2000, she left for Holland. Her husband collected her and brought her to an apartment where he raped Diaryatou. This was her first sexual experience. Shortly thereafter her husband took her to a refugee camp, to legalize her immigration. The whole idea of papers was completely foreign to Diaryatou who thought that once you were in a place, you were there; she couldn’t understand the need for the all important ‘papers’.

In December 2000, she returned to the apartment in Rotterdam. Her husband was often absent – he had another wife with whom he lived. During the short periods when he was present, Diaryatou discovered that her husband was in fact a marabout with violent sexual tendencies. Still only fourteen years old, Diaryatou started having incredible stomach pangs. Later she learned that she had suffered a miscarriage, although she hadn’t even known she was pregnant, or even how a woman gets pregnant. When she was once again expecting a short while later, Diaryatou was happy at the idea of having a baby she could love and that would stay with her always. She carried the child to term, but when she went into labor, her husband refused to get her medical help. Only after the situation became critical, did he finally relinquish, but it was too late, the baby had died and Diaryatou only barely survived.

When her husband decided to move them to France, Diaryatou was hopeful, but the violence and rapes continued. Diaryatou spent days alone in a darkened apartment, completely isolated, sleeping and watching television. Until one day she watched a program about a young woman discussing domestic violence and explaining her escape from a cruel husband. Diaryatou decided to do the same. On January 20th 2004, Diaryatou packed her bags, taking with her everything she thought she would need including all her false papers and wedding pictures. She could not go back to her family, because of the disgrace caused by leaving her husband. Having no one to turn to, she lived on the streets before finally giving herself over to the welfare authorities and starting the long process of approval and integration. Diaryatou’s story is the gripping, moving account of young clandestine immigrant’s struggle for survival and identity — a story all too common and yet left untold in our cities today.