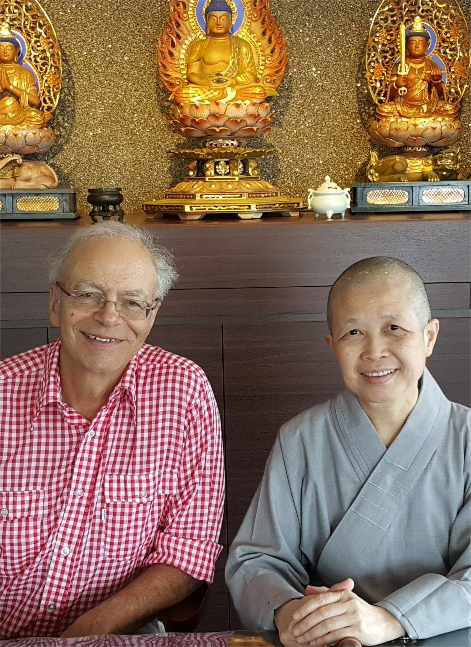 The Buddhist and the Ethicist

Conversations on Effective Altruism, Engaged Buddhism, and How to Build a Better World

Peter Singer is a world-renowned, award-winning moral philosopher and preeminent voice in bioethics whose writings have helped shape the animal rights and effective altruism movements.

Venerable Shih Chao-Hwei of Taiwan is a Buddhist monastic, social activist, scholar, and author and recent winner of the Niwano Peace Prize. A leading advocate for animal rights, a vocal supporter of same-sex marriage, and a key figure in the Buddhist gender equality movement, Venerable Chao-Hwei currently teaches at Hsuan Chuang University as a professor and is the founder of Hong Shih Buddhist College.

Over the last five years, Singer and Venerable Chao-Hwei have engaged in dialogues navigating the intersection of philosophy, religion, and day-to-day life. The result is The Buddhist and the Ethicist – an essential and eye opening read spanning the foundations of ethics, key Buddhist concepts, gender equality, sex, animal rights, euthanasia, and much more. Honest, clarifying, and an open exchange of ideas, The Buddhist and the Ethicist is for anyone interested in different ways of thinking about how we ought to live.