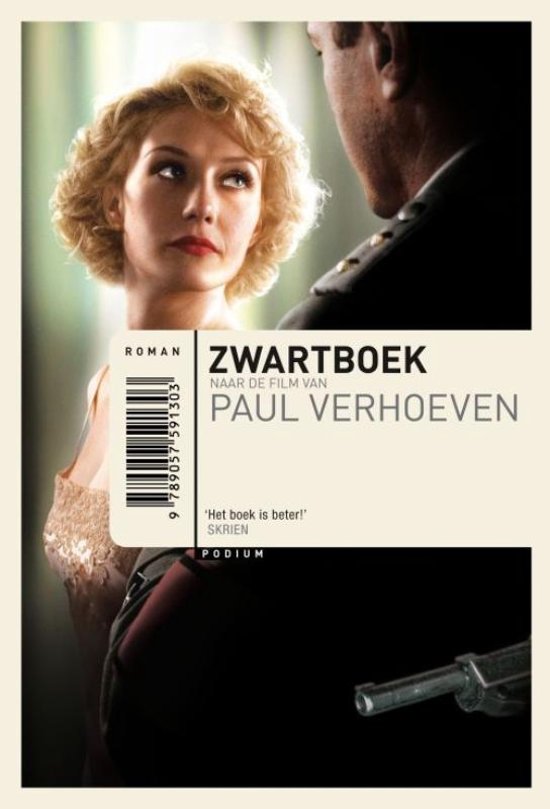 “It is both a ripping adventure tale and a revision of Second World War Resistance myths.” — The Observer, UK

Set in the Hague in the last days of World War II, The Black Book follows Rachel – a beautiful, young Jewish girl – who is forced out of hiding by a way-laid Ally bomb. She finds herself caught at the nexus of the occupation’s collapse, with no way to distinguish friend from foe.

Rachel and her parents first try to leave the country with the help of the Resistance. But the boat is stopped by a Nazi patrol who gun the runaways down, and Rachel only escapes by chance. Not knowing what else to do, she goes back to the Resistance leaders to beg for help. They give her an alias and send her to work for a high-ranking German officer at the Nazi headquarters.

As a spy, and increasingly attracted to her German supervisor, she continues to take risks, her discoveries pushing her to realize that her parents’ murder was not a chance occurrence, nor the first ambush of its kind: escaping Jews were being murdered for their wealth – and both Nazis and Resistance fighters had been collaborating on the blood-drenched defraudment.

But who exactly is behind this, and who can she trust? The key to the mystery lies in the black book of the Hague’s Jewish book-keeper. His accounts show just how much money has been given to Jews (and later stolen), but also who in the Resistance was getting paid for these “escapes” that lead to their deaths. Amid the falling bombs, and with the help of the German officer who has become her lover, Rachel sets off to find out the truth.