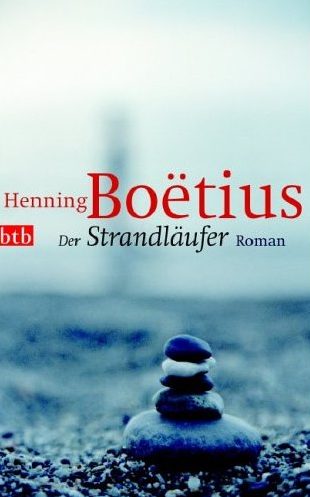 You only become an adult, the day you forgive your parents.

Despite moving to Italy to a secluded white-washed town by the sea, Henning Boysen can not shake a debilitating case of writer’s block. He spends his days wandering around, a tolerated foreigner in this world of winding lanes and fishing bars. And although he is falling in love with a beautiful and enigmatic local, Carla, he is still haunted by a sea of memories from his difficult childhood. His attempts to forget are amateur, and unsuccessful. Over and over again recollections from his childhood torment him. The essence of these memories elude him, they seem unclear and above all not truthful. A letter arrives from his father, a lifelong seaman. Weakened by cancer, he tells his son that he will soon be leaving his house and grudgingly moving into a retirement home. He asks Henning to come and help him with the arrangements. Despite his advanced years, Edmund Boysen still runs his life with the same efficiency with which he had run his ship. So by the time Henning makes the journey from Italy, Edmund is already settled into his new surroundings. The only pressing task he presents his son with is to wind up the treasured grandfather’s clock. Everyday Henning brings some small object from the family home to make the small room off the sterile corridors feel more comfortable. And each morning between eleven and the retirement home’s communal lunch hour, father and son sit in the small room sharing a bottle of whisky. Old tales which Henning has heard a million time are retold. Henning listens with respectful patience. He knows that his father is saying good-bye. But the traumas of his childhood and youth also break open again: the difficult relationship with his domineering mother, the struggle for the love of his mostly absent, austere father. Henning begins to read between the lines and fill out a fuller image of his father. And, in the end Boysen succeeds in defeating the demons of the past. With relief and a revived sense of artistic energy, he returns to the small beach town in Italy and to Carla. For the first time in his life he is free, really free. Henning Boëtius draws the reader into a privileged confidence, the relationship between a father and son where truth and honesty have many layers and faces. “Only reluctantly do I dare to venture into the overgrown garden of my past, for fear of encountering people who can discern the weeds and what must be eradicated from that which is worth cultivating and harvesting.”