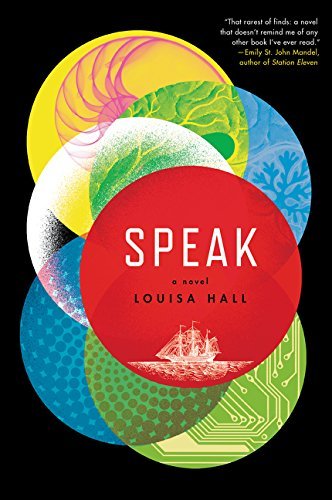 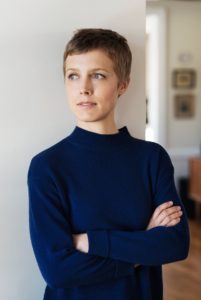 “Stunning and audacious… not just one of the smartest books of the year, it’s one of the most beautiful ones, and it almost seems like an understatement to call it a masterpiece.” – NPR

In a narrative that spans centuries and continents, from the Atlantic Ocean in the seventeenth century, to a correctional institute in Texas in the near future, and told from the perspectives of five very different characters, Speak considers what it means to be human and the importance of memory.

A young Puritan woman travels to the New World with her unwanted new husband. Alan Turing, the renowned mathematician and code breaker, writes letters to his best friend’s mother. A Jewish refugee and professor of computer science struggles to reconnect with his increasingly detached wife. An isolated and traumatized young girl exchanges messages with an intelligent software program. A former Silicon Valley wunderkind is imprisoned for creating illegal lifelike dolls.

Each of these characters is attempting to communicate across gaps-to estranged spouses, lost friends, future readers, or a computer program that may or may not understand them. In dazzling and electrifying prose, Louisa Hall explores how the chasm between computer and human-shrinking rapidly with today’s technological advances-echoes the gaps that exist between ordinary people. Though each speaks from a distinct place and moment in time, all five characters share the need to express themselves while simultaneously wondering if they will ever be heard or understood.

“Speak reads like a hybrid of David Mitchell and Margaret Atwood; a literary page-turner that spans four centuries and examines the idea of who and what we define as human. Louisa Hall has written a brilliant novel.” – Philipp Meyer, New York Times bestselling author of The Son

“Speak is that rarest of finds: a novel that doesn’t remind me of any other book I’ve ever read. A complex, nuanced, and beautifully written meditation on language, immortality, the nature of memory, the ethical problems of artificial intelligence, and what it means to be human.” – Emily St. John Mandel, author of Station Eleven

“Louisa Hall’s Speak is a deeply original and intelligent novel. It’s also riveting. I wouldn’t have thought artificial intelligence, as a subject, would make for such a warm and human and psychologically astute novel. I’ll be thinking about Babybots and Hall’s quietly chilling and all-too-plausible vision of the near-future for a long time to come.” – Adelle Waldman, author of The Love Affairs of Nathaniel P.