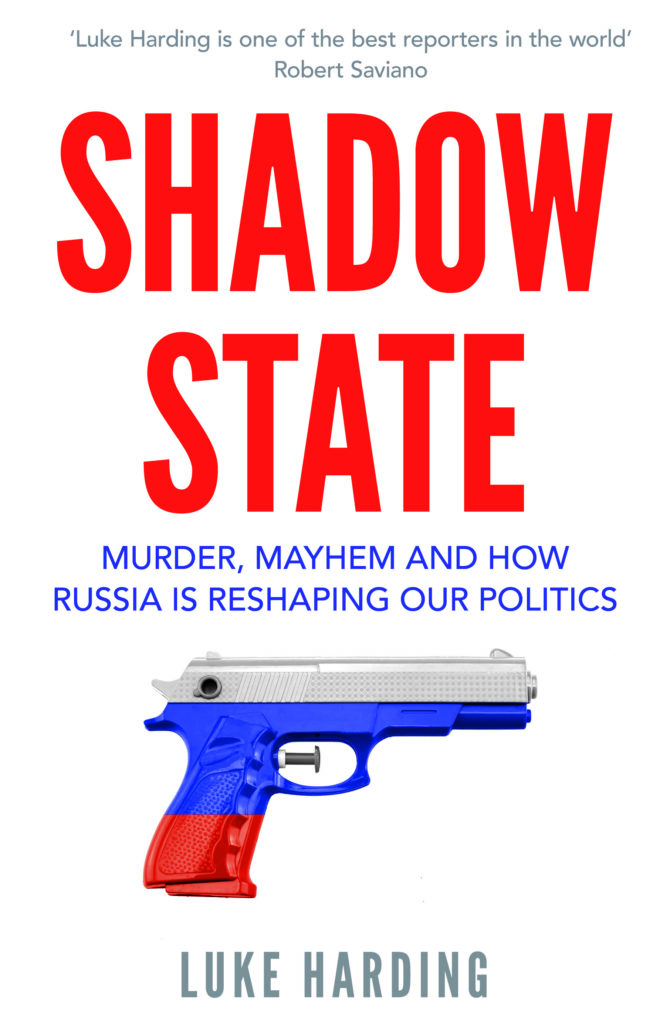 Murder, Mayhem, and Russia's Remaking of the West

No terrorist group has deployed a nerve agent in a civilian area or used a radioactive mini-bomb in England. The Kremlin has done both.

Its operatives come in disguise. They pose as tourists, journalists and businessmen. Utterly ruthless, sometimes bungling and always ambitious, they roam from Salisbury to Helsinki, Ukraine to the Central African Republic, London to Washington. Shadow State is a riveting and utterly alarming investigation into those spies and the way Russia has used them to wage an increasingly bold war in America and beyond.

This is an essential read for anyone who wants to understand how our world came to be so chaotic and divided.

“Luke Harding is one of the best reporters in the world.”

“A superb piece of work, wonderfully done and essential reading for anyone who cares for his country”

“Harding at his best. He has sleuthed the Russia-Trump connections with exceptional skill.”