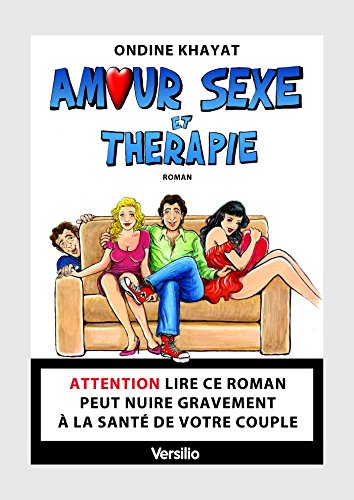 If you were unfaithful, could you accept — even welcome — the fact that your partner might be too?

This is the question that Ben Portman, a thirty-something Jewish boy, is trying to grapple with. Ben is a serial womanizer. He loves Cathy, his long term, long suffering girlfriend.

But, Ben claims, he “just can’t help” seeing other women behind Cathy’s back.

In the aftermath of his mother’s death, Ben is searching for a meaning to his life. He has a chance meeting with a rather attractive modern day guru, who specializes in “well-being”. The guru convinces Ben that “he who lies does not exist” and sets Ben the ultimate challenge: he should open his girlfriend’s eyes to other men, and encourage her to explore her sexual fantasies. Only then, so the guru claims, can Ben accept who he really is and salvage his relationship.

What seems, fleetingly, like a good idea, soon turns into a living nightmare for Ben.

Sex, Love and Therapy is a raunchy comedy that explores jealousy, infidelity, guilt, and the difficulty of being one’s self. By turning a relationship upside down, it sheds light on the dangers – and the fun – of letting sexual fantasy loose on reality.

Sex, Love and Therapy is currently being adapted for film.