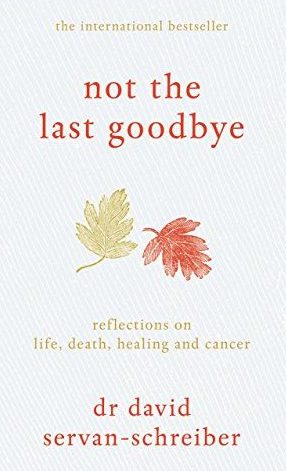 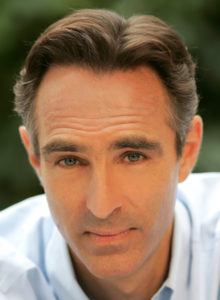 Not the Last Goodbye

On Life, Death, Healing, and Cancer

After a 20 year battle with cancer, David Servan-Schreiber passed away on July 24, 2011. He will be greatly missed.

I knew the prognosis. Sooner or later, it would come back. I could slow down the inevitable; I could gain a few years. But there was nothing I could do to make this cancer disappear forever. So this was it. This was the relapse. The Big One.
To be completely honest, a part of me had started to believe, secretly, that the cancer wouldn’t return. But my more rational side had never stopped reminding me that it would. I told myself, “I’ll cross that bridge when I come to it.”
And that’s what I did. I still had some fight left in me.

This is the story of an award-winning psychiatrist and neuroscientist who was diagnosed with a brain tumor by his own MRI machine at the age of thirty. It is the story of a doctor turned patient who, after overcoming cancer against the odds, started a twenty year crusade to inform people about the disease and inspire them to take responsibility for their health. It is the story of a husband and father who is told that the cancer has returned, and that he only has a short time left. This is a story about dying. But, most of all, it is a story about living.

“A book of dignity, sincerity, and breathtaking beauty. In this often joyous account, David Servan-Schreiber helps us look at death and prepare ourselves to die well. It’s a very powerful read that inspires deep appreciation.   – Le Point

“[It is] at once a defense of his scientific career and a conversation with death. . . He weaves his personal experience through other people’s stories to address the terrible questions that each one of us must one day face. Clear and poignant. . . much more than a personal testimony. ”  – Le Nouvel Observateur

“A book without pathos. Serene and arresting. Dense and upsetting. Each word rings true, each memory lingers, each detail of his life, now in limbo, brings us closer to the human condition. This book is a gift. He doesn’t say what he knows, he shares what he feels. [David Servan-Schreiber] is made of steel; he has guts, humility, and lots of love.”  – Elle

“A staggering manual for living. To read, re-read, re-reread, to meditate and re-meditate upon. Such clarity in these 156 pages! Such sweetness and serenity! Honest through and through.

The essence [of the book] is also in the sweet song of his sentences and his infinite knowledge of the relationship between body and soul. From the dark place where he has been for the past year, he enlightens us, pacifies us, consoles us. Thank you, David, for stubbornly making sense of what seems absurd and unfair, even while you are suffering so much. Thank you for convincing us that in the darkest moments we can be our own source of strength and our own masters, as you have done, during our brief passage in the world. Finally, thank you for having so nobly shown that since life and love are the only truths that matter, nothing else is worth wasting our breath on.”  – Paris Match

“This is a book with an open heart, [written] with incredible candor and modesty. David has written a very personal account, intense and moving, simple and sincere. As a good scientist, he also looks at the body of knowledge he believes in supports: the benefits of meditation, physical activity, healthy eating, and calm surroundings.”  – Psychologies

“A poignant final book about the return of cancer. This is also a time for David Servan-Schreiber to say good-bye to those who have loved his books and conferences.” – Le Monde, “Book of the Day”

Recipient of the Figaro Award “for his courage, for gaining time in his battle with cancer, and for successfully giving hope. [David Servan-Schreiber’s] teachings and methods already contribute to the prevention and fight against cancer. In his last book, he continues to provide reassurance.” – Figaro Magazine
“[Servan-Schreiber] talks about women and love, his children, his companions in misfortune. . . and about the importance of giving meaning to life so that we can depart in peace. Such a lesson in courage inspires us to live our own lives to the fullest.”  – Gala