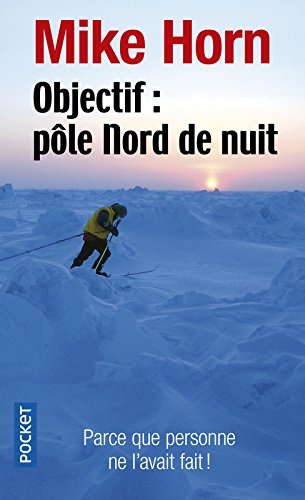 On the 21st of October 2004, Mike Horn completed his greatest feat thus far: circumnavigating the 20,000 kilometres of the Arctic Circle, alone, against the winds and currents, without using any motorised transportation. He had been travelling for 27 months with this goal in mind and his journey — as told in Conquering the Impossible — had taken him through Greenland, Canada, Alaska, the Russian Federation and Norway, and sailing across the Greenland Sea, Davis Strait, Bering Strait, and the White Sea.

Fourteen months later, Mike set off on an even more daunting challenge, which started with a jump out of a helicopter and onto the Arkticheskiy ice cap. From this nightmarish place, Mike would attempt to reach the North Pole in winter. As with his previous expedition, he would travel non-stop and without motorised transportation. A journey of two months in total darkness, over ice of questionable thickness, followed by famished polar bears in a landscape alternating between mountainous blocks of ice and stretches of freezing, black water.

Defiant explorer though Mike is, this mission would be madness to attempt alone. Mike therefore travelled with Borge Ousland, the legendary Norwegian for whom the ice fields hold no secrets. These two adventurers of the extreme fought to survive in this hostile, inhuman environment where at any given moment you are flirting with death, where you must battle with the elements to gain even a metre, where one man’s life is forever in the hands of the other.

Determined, resilient and continually pushing the limits of what the human body and mind can stand, this is the story of two men who became the first to achieve the impossible.