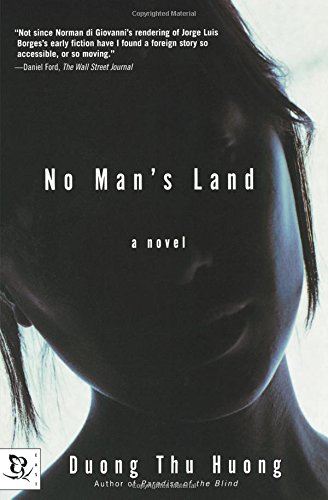 A mesmerizing novel about a tragic love triangle between three characters whose destinies have been inextricably linked by war, from Vietnam’s acclaimed writer and famous dissident.

Central Vietnam. 1975. A young peasant woman, happily married to a successful farmer, returns to her house in the countryside to find a throng of villagers assembled around her gate. She learns that her first husband, who reportedly died as a martyr and war hero many years back, is in fact alive and has returned to claim her. Faced with immense pressure from the community and the Party authorities, who forced her marriage to the soldier on the day he was to leave for the front, she dutifully agrees to leave her second husband and their son to live in a squalid shack with the veteran.
This tragic twist of fate sets the stage for Duong Thu Hong’s mesmerizing tale of three individuals whose destinies are inextricably linked and irrevocably altered by the absurdity of war. As the riveting story unfolds, each of the parties in this fateful love triangle struggles to reconcile personal happiness with traditional values of duty and selflessness. Together, these characters offer a devastating portrait of a people sacrificed on the altar of war and to a cult of heroism.
One of Vietnam’s most popular and celebrated writers, Huong has been published around the world to tremendous acclaim. Her novels have been called “extraordinary and profoundly tragic” (Boston Sunday Globe), “astonishingly powerful” (Los Angeles Times Book Review), and “breathtakingly original” (San Francisco Chronicle). As beautiful as it is haunting, No Man’s Land is a brilliant addition not only to Huong’s exceptional body of work but to the literature of war and its repercussions.