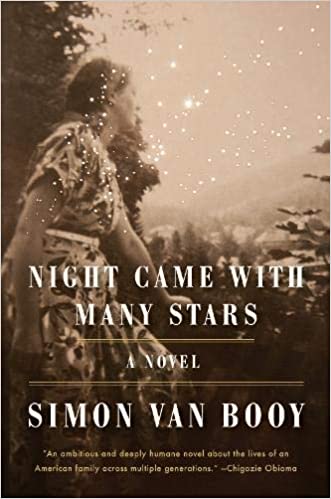 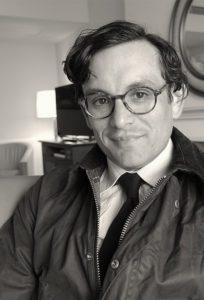 Night Came with Many Stars

“Simon Van Booy’s spellbinding novel is told with an exquisite and poetic delicacy, imbued with a profound compassion for the humanity of its characters. It is a gorgeously written, deeply moving triumph.” —Gabriel Byrne, author of Walking with Ghosts

Carol was thirteen when her daddy lost her in a game of cards. A year later– pregnant and with nowhere to go − she is taken in by Bessie and Martha, who run a secret refuge for ‘lost’ women. 50 years on − in the same small town– Carol’s thirteen-year-old grandson rides his BMX and watches wrestling− mesmerized by 80s’ excess, while his community fights to stay employed in factories and on farms.

Night Came with Many Stars is the epic saga of one family’s struggle to survive in the rural United States over 100 years.

Since the 1990s, Simon Van Booy has been collecting the stories, feelings, and confessions of one extended family from Grayson County, Kentucky, which he has woven into an intimate portrayal of American life, depicting with vivid emotion, themes of Depression, war, faith, the hardship of women, prejudice, and rural disenfranchisement–while capturing the distinctive voices of each character, and revealing the sacred bonds of family and friendship in times of crisis. With stark, poetic clarity, this book is a breathtaking journey over a single century, to reveal an America that is rarely seen.

“Simon Van Booy’s Night Came With Many Stars is an ambitious and deeply humane novel about the lives of an American family across multiple generations. Not since Ray Pollock’s Knockemstiff and Denis Johnson’s Jesus’s Son has middle America been so powerfully evoked and brilliantly animated. This is a monumental novel that brings something new and resonant to the classic American multi-generational family novel.” —Chigozie Obioma

“This beautiful novel left me with a heightened appreciation of the pattern created by each individual life, as well as the larger pattern of several lives overlapping. Night Came with Many Stars is about impermanence and resilience, and the marvelous randomness of the world.” —Sara Baume

“Few writers sculpt their sentences with such beautiful precision, and fewer still imbue their characters with such depth of humanity. Night Came With Many Stars is a triumph, possibly his best work yet, a devastating, heartbreaking and deeply truthful novel that will keep its hooks in the reader long beyond the final page. A stunning achievement.” —Billy O’Callaghan

“Simon Van Booy knows about family and long friendship, about betrayal and costly loyalty, about the exquisite and mundane ways we care for one another through sorrow and joy. Tender and searching, Night Came with Many Stars opens worlds to us—worlds of the heart and of small-town America—in prose that is lean and almost reckless in its confidence and beauty.” —Meredith Hall