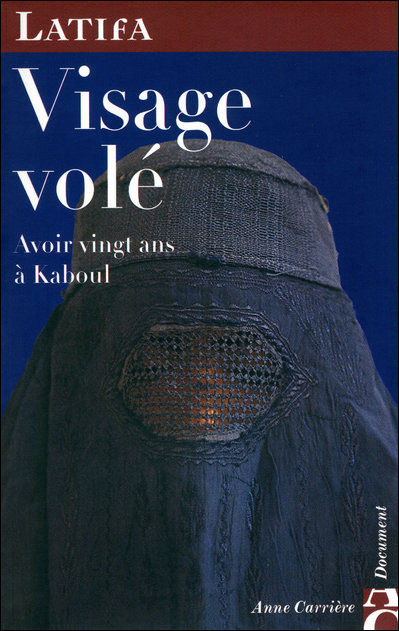 A moving tale of oppression and courageous defiance – the true story of a teenage girl growing up in war-torn Afghanistan.

From 1997 to 2001, sixteen-year-old Latifa was a prisoner in her own home as the Taliban wreaked havoc on the lives of Afghan girls and women. This is her testimony – a young woman’s reaction to the inhumanity taking place before her very eyes.

Latifa’s life was turned upside down the moment the Taliban took Kabul. The oppressive regime banned women from working, from schools, from public life, even from leaving their homes without a male relative. Female faces were outlawed as the burka, or head-to-toe veil, became mandatory.

Latifa had planned to pursue journalism, in a quest for the truth about the ever-shifting power structure in her country. From the Russians to the warring factions, Latifa’s existence had been marred by violence and upheaval. But when the Taliban took over, her world was reduced to the few rooms of her apartment. Like a contemporary Anne Frank, Latifa was forced to observe, absorb, and make sense of what was happening to women, to her country, from the confines of her four walls. Despite the danger to her own life, Latifa established a school for girls and attempted to defy a regime, one child at a time.

In May 2001, Latifa and her parents escaped through dangerous Taliban territory to Pakistan, then Paris. After several weeks, their flight was discovered, and the government issued a fatwa against them. Now in 2003, with the Taliban in retreat, Latifa’s future seems brighter, although her homeland is still in turmoil. Written during her exile, this book is an extraordinarily powerful account of a teenager’s life under terrible circumstances and a celebration of the resilience of the human spirit.