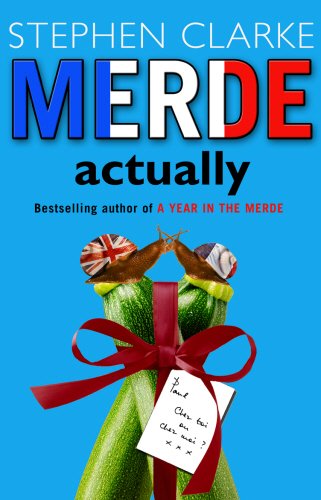 “I’d just like to say sorry to all those suppository fans out there, because in this book there are no suppositories. There are, however, lots of courgettes, and I see this as progress. Suppositories to courgettes – I think it proves that I am developing as a writer.” – Stephen Clarke

Following the phenomenal success of A Year in the Merde, the misadventures and merde keep on coming as Paul tries to bring his tea room project to fruition on his own, whilst figuring out who is the true love of his life. Despite the occasional hitch Paul has made a valiant attempt at integration. He has a suitably high-maintenance French girlfriend, a lease on a former shoe shop on the Champs Elysées and a crew of burly Polish builders to help transform it into a tea room. At last it looks like the great and glamorous life of Paul West, Parisian small business owner and tea-shop entrepreneur, is beginning to take shape. But that would be to dangerously underestimate the obstinacy of various French administrative bodies, the ability of his staff to deal with linguistically-challenged Da Vinci tourists looking for the Holy Grail, and the disruption caused by his friend Jake’s geo-sexual quest to sleep with a woman of every nationality living in Paris. Not to mention the fact that Paul can’t stop thinking about his ex, who has moved to England and is living in Notting Hill with a muscle-bound Ukrainian called Sacha. From sojourns with his girlfriend’s family in courgette-ridden Corrèze to scintillating trysts with a married reporter in the Musée de l’Erotisme, Paul continues to uncover the intriguing differences between the French and the English and to tackle the many complex questions raised by his expat existence: what is an appropriate apèro drink for a twenty-something heterosexual male? Do French people really eat their cornflakes soaked in coffee? And how do you translate “a mug of orange pekoe”? In this brilliant new comedy Stephen Clarke continues his wickedly astute and outrageously entertaining observations on the pleasures and pitfalls of being a foreigner in France.