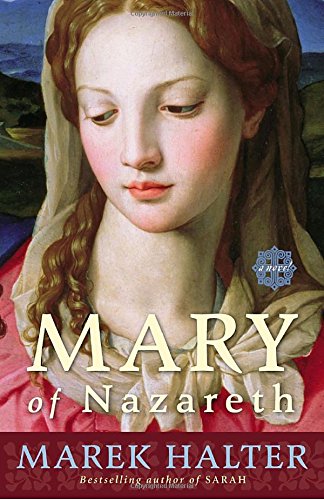 Marek Halter returns with a gripping account of the greatest heroine of the New Testament in the years before she emerged to embrace her extraordinary destiny.

Miriam of Nazareth, or Mary as she is better known, was born into a Palestine in revolt. The territories that made up Palestine — Judea, Galilee and Samaria — were in uproar, battling not only against each other but also against the tyrannical Herod the Great. Herod had long exploited the support he enjoyed from Rome to mistreat these people, but the abuse had gone too far, leading to a nascent rebellion. There are three men in Mary’s young life: Joachim, her father, an honorable man who was imprisoned for defending an old woman from Herod’s soldiers; the rebel Barabas, for whom Mary provided protection thus earning her his allegiance; and Joseph, a friend of her fathers and a widower.. Mary calls in Barabas’ debt to her, asking him to help her free her father and save him from a certain death. The escape is a success and gives hope to rebels across Palestine. But Palestine’s religious leaders refuse to pledge their support to this battle for freedom, and the fighters’ cause seems lost. Mary’s disappointment is so deep that she falls ill. She is bed-stricken for weeks, hovering between life and death. But when she finally recovers, she makes an announcement: she is pregnant and will mother a boy who will be the King of Israel who will bring peace to the land. Neither Joachim nor Barabas believe her- they are shocked and suspicious – but Joseph stands by Mary and travels with her to Bethlehem where she will give birth and take on her new role. Drawing on his in-depth knowledge of the Bible, its historical setting and cultural background, Halter shows us Mary as we have never known her: a young head-strong woman, soon to assume her calling as the mother of Jesus Christ.