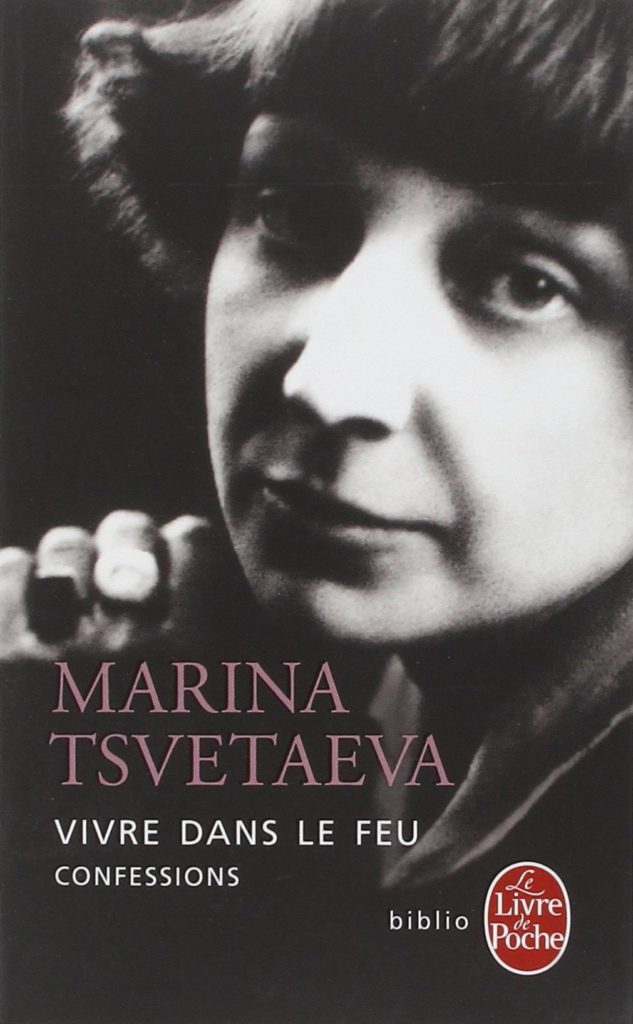 Living in Fire provides an incredibly moving testament to one of the 20th century’s most talented and tragic figures.

Paradoxically, in this unique editorial adventure, it would almost be better to forget the name of the author: the Russian poet, Marina Tsvetaeva, a muse to both Pasternak and Rilke, who in 1941 committed suicide in a dusty cabin in the depths of the Russian countryside. For you do not have to be familiar with her poetry, to be overwhelmed by this collection of letters and writings expertly compiled and edited in this unique edition.

Tzvetan Todorov’s remarkable undertaking has consisted of selecting from the ten volumes of her writings (diaries and correspondence) published in Russian, the material for an autobiography that chronicles her daily ordeals and moments of happiness. For Marina wrote everything down, with poignant precision.

Where necessary, Todorov provides commentaries that help situate the story in its literary and historical context. From the 1917 revolution, to the Second World War, Tsvetaeva’s fate was indelibly intertwined with the first major political upheavals of the twentieth century. Married at 18 years old to Sergei Efron, she was separated from him during the turmoil of the revolution. Alone and penniless, she handed over her two young daughters to an orphanage in the hope that they would be fed. Her youngest died there, and, as a mourning young woman, Tsvetaeva fled into exile with her eldest daughter.

Although Tsvetaeva was faithful in her love for Efron throughout her life, she had many affairs with both men and women – for the most part they were purely intellectual, but could on occasion turn extremely sensual. Faced with the harsh reality of exile, in Czechoslovakia and later France, Tsvetaeva was ostracized from the Russian immigrant circles and the French literary elite. Even Efron’s behavior was cause for distress – changing allegiance and becoming a Soviet spy, he was later executed by Stalin. In 1939 Tsvetaeva returned to the Soviet Union, a broken woman, only to suffer the death of her son in the Second World War. Destitute, one of her last acts of defiance was to write to Beria asking if she could get a job as a dishwasher. She never received a reply. A few days later, she committed suicide.

Despite the tragedy that runs through her story, Marina’s relentless courage, playfulness and humor never failed her. A free spirit, whose purity was never soiled, she once wrote “And my ashes will be warmer than their lives…” Her prophecy comes true with this book.

Under negotiation in US