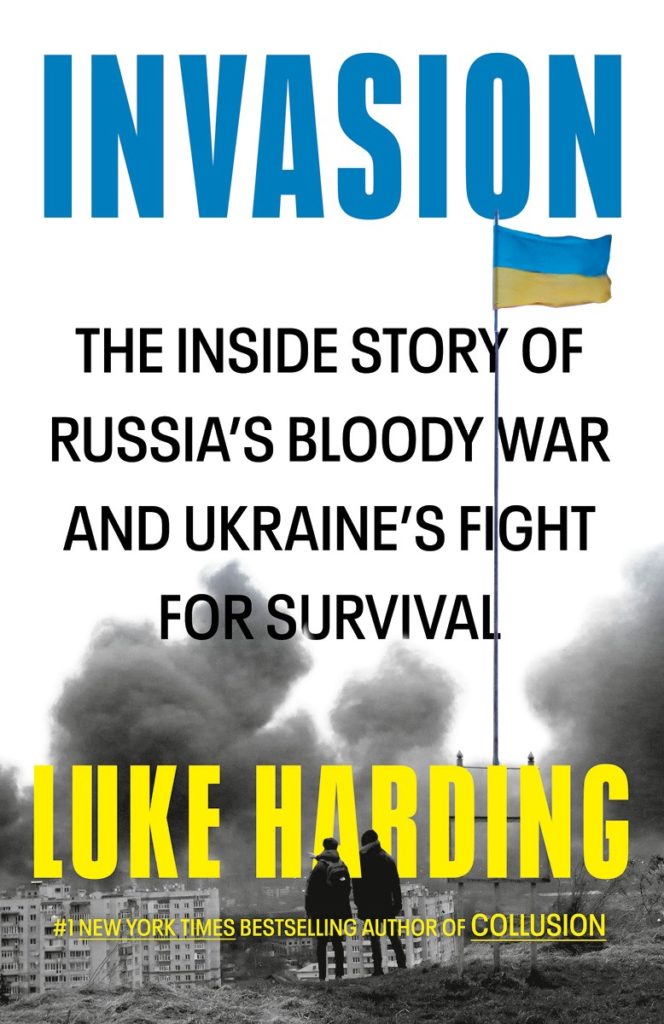 “Essential reading for those who want to understand the most important conflict of the 21st century.”
—Eliot Higgins, founder of Bellingcat

In a damning, inspiring, and breathtaking narrative of what is likely to be a turning point for Europe—and the world—Guardian correspondent and New York Times bestselling author Luke Harding reports firsthand on the first year of the Russian invasion of Ukraine. When, just before dawn on February 24, 2022, Vladimir Putin declared war on its neighbor, Harding was there, on the ground in Kyiv. The destruction brought by Russia was harrowing. Refugees sheltered in metro stations or fled to other parts of Europe. Among the unarmed Ukrainians who remained, some were summarily shot for the simple crime of carrying a cellphone. But this senseless violence was met with astounding resilience—from, among others, the country’s embattled leader Volodymyr Zelenskyy—and the courage of a people prepared to risk everything to preserve their nation’s freedom.

Here are piercing portraits of the leaders on both sides of this monumental struggle, a fascinating look into the war’s possible future, a haunting depiction of the atrocities in Bucha and elsewhere, and an intimate glimpse into the ordinary lives being impacted by the biggest conflict in Europe since the Second World War. Harding captures this crucial moment in history with candor, insight, and an unwavering focus on the human stories that lie at its heart.

“Brilliant. . . . Harding is a one of the best experts on Putin’s Russia. Invasion reads like an exciting military-political thriller, but all its characters and events are true.” —Andrey Kurkov, author of Grey Bees

“Compelling, important and  heartbreaking with all the urgency and immediacy of outstanding war reportage, here is the Russian invasion of Ukraine minute by minute, political and personal, from the cabinets of power to the streets and apartments of ordinary Ukrainians by a master reporter and analyst.” —Simon Sebag Montefiore, author of The Romanovs: the Story of the Russian Empire

“The definitive story of Russia’s invasion of Ukraine, based on extensive reporting from the frontline. Luke Harding is an excellent writer and witness who deftly tells the moving human stories of victims in this terrible war. He also explains to us why Putin embarked on this foolhardy invasion.” -William Browder, author of Freezing Order: A True Story of Money Laundering, Murder, and Surviving Vladimir Putin’s Wrath

“Luke Harding has once again written a superb first draft of history, this time of the Ukrainian war. An excellent, moving account of an ongoing tragedy.” -Anne Applebaum, author of Twilight of Democracy

“Your book will stand alone as a seminal work that gives an invaluable perspective to the war.” – Amy Knight, New York Review of Books