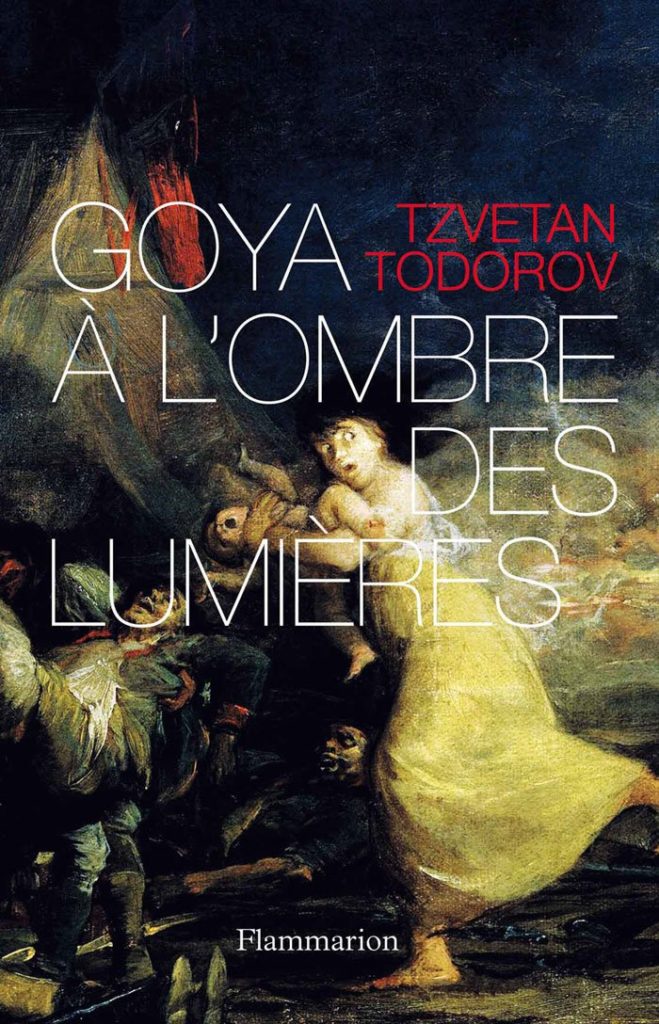 Goya: The Dark Side of the Enlightenment

“An original and fascinating homage.”–Livres Hebdo

In an erudite, clear, and concise essay, Todorov paints the portrait of eighteenth century Spanish artist Francisco Goya. He highlights his impact within his own era, while underscoring how the artist’s oeuvre still resonates today. Todorov focuses on the interaction between Goya’s life and art, drawing the reader into the painter’s personal and aesthetic universe while bringing to light the contemporary significance of Goya’s obsession with violence and demons.

A painter for the Spanish court, Goya was adept at gaining protection from the rich and powerful. He was able to navigate the murky waters of political change in a country that went from traditional monarchy to occupation by the French, and back, via a bloody war. Throughout years of unrest, Goya remained independent and avoided allegiances, while leaning toward “liberal” ideas.

However, in private, Goya created his own secret pictorial universe – that of the “horrors of war” and of its “disasters.” He displayed his haunting paintings in his villa, offering his vision of humanity to a select few.

Todorov subtly explores Goya’s two sides, lucidly unveiling the artist’s complexity. He depicts Goya as a social and psychological observer whose unsettling commentary still resonates to this day: one thinks of his paintings when viewing the haunting photos of Abu Ghraib. As dark as they are, Todorov emphasizes that these paintings can literally “enlighten” the modern viewer in front of evil: Goya’s art confronts us, then and now, with our ability to perform the most horrid acts in the name of God, in the name of good.

In this sense, and in his constant search for aesthetic reinvention, Goya is astonishingly modern. Todorov helps us grasp how, so deeply rooted in the dark side of human nature, Goya came to be a man of the Enlightenment.

Goya: The Dark Side of the Enlightenment includes an insert of 20 illustrations and 40 black and white images within the text.