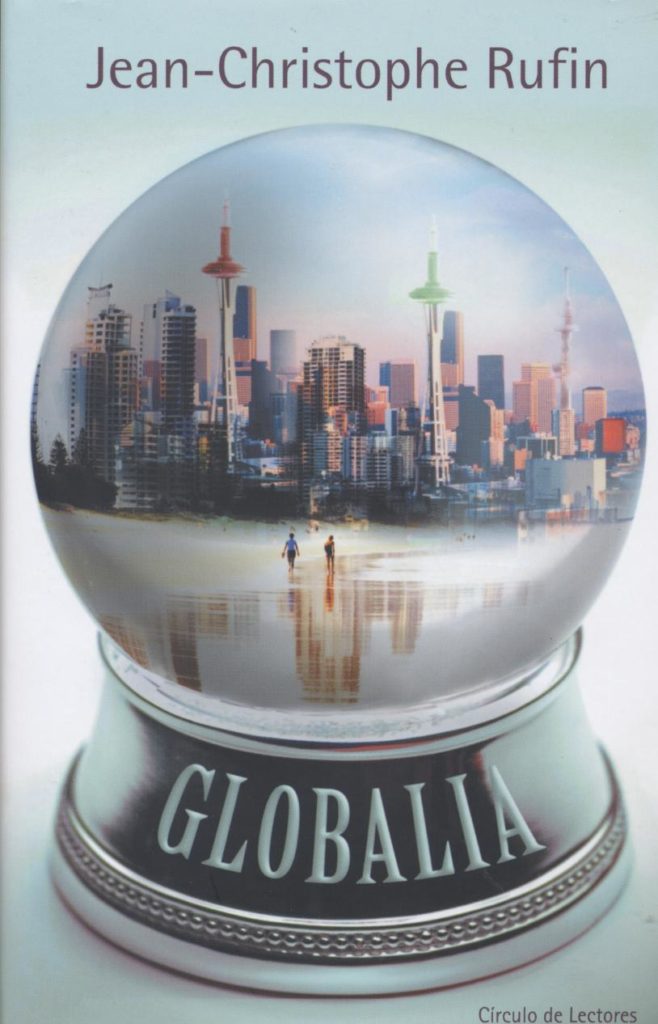 “A writer without borders.” – Time Magazine

“Globalia is not a science-fiction novel. It is a critique of a world where men have become pot plants… Above all, it is a brilliant adventure story which takes up where the great futuristic novels such as 1984or Fahrenheit 451 leave off; rich in ingenious twists that would not be out of place in films like The Planet of the Apes, Gattaca or Matrix.” – Elle

Globalia is a world without frontiers. Everyone lives freely and easily in Globalia. There is no poverty or social unrest, and plastic surgery keeps everyone looking young. There is only one underlying fear that runs through this society: the fear of terrorism. Although this threat casts the only shadow on the otherwise perfect lives of Globalians, it does have a positive ‘cohesive’ effect: the fear it fuels creates an important unifying force throughout the population. It also provides the governing body of Globalia with unlimited powers. For everyone is free in Globalia – so long as his/her individual freedom does not in any way hinder the fight against terrorism.
The terrorists come from beyond the protected walls of Globalia, the dangerous territories collectively called the No-Zones. Rife with poverty and notoriously violent, the Globalian authorities periodically undertake bombing raids over the No-Zones – in the name of national security. And in the wake of each of these carefully planned strikes, they drop humanitarian packages for the neighboring civilian populations.

The novel’s hero, Baikal, is a young man who refuses to abide by the rules. He wants to see what the ‘outside’ world is like. Unwittingly Baikal has already been singled out for his views regarding terrorism. Baikal does not share any sympathy for the terrorists, it’s much worse than that: he doubts their very existence. When Baikal is sent to the No-Zones by the Globalian authorities, he does not realize that he is being manipulated.

One of the many themes of this extraordinary tour de force is the way in which a government can exploit the fear of terrorism for its own designs. Terrorism does exist in Globalia, and it needs to be fought: but the novel provides an insightful (and very funny) portrait of a government that has gone too far, for whom the threat of terrorism has become an excuse to rule with impunity…

Under negotiation in Italy, Brazil and the USA