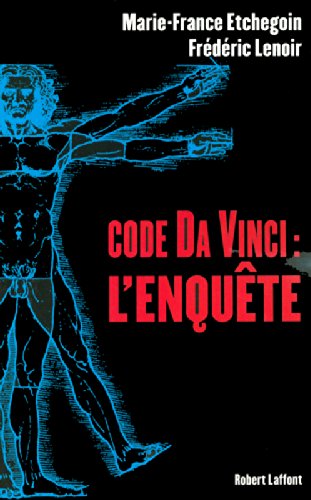 From St. Sulpice and the Louvre

“If you liked The Da Vinci Code, you will love this book.” – Catherine Nay, Europe 1

Translated into more than 35 languages worldwide and with over 8 million copies in print, Dan Brown’s The Da Vinci Code is a worldwide publishing phenomenon. The extraordinary success of this politico-theological thriller can be attributed to its undeniable narrative qualities, but also, in large part, to the controversial message that it contains, the claim that the Catholic Church covered up a scandalous truth about the origins of Christianity; the sexual relationship between Jesus and Mary Magdalene, and the central role that Mary Magdalene played in the early Christian community. To substantiate this theory, Dan Brown cites various symbolic, religious and artistic references that appear to ring true. But to what extent are these references really based in fact? Did Leonardo Da Vinci disguise codes in his paintings which reveal the hidden truth to initiates? Did The Priory of Sion, a secret society to which Sir Isaac Newton and Victor Hugo supposedly belonged, really exist? Do the apocryphal gospels mention the wedding of Jesus and Mary Magdalene? Did the Emperor Constantine call together the Council of Nicea in 325 to attempt to hide this union? Do the Dead Sea Scrolls bear revelations about Jesus and the early Church? Numerous readers have asked themselves these questions and long for accurate responses. Yet most of the books on the subject confuse more than they clarify; tending either towards a blind defence of Catholicism, or a sort of esoteric delirium. Frédéric Lenoir and Marie-France Etchegoin, have teamed up to apply a methodical and objective approach to these questions and have undertaken careful, detailed, on-the-ground investigations of the places where the novel unfolds. The majority of the settings are in France, so Lenoir and Etchegoin’s local expertise has enabled them to bring a deeper historical context to their findings. Rigorous and precise but also instructive and humorous, their “enquiry into the enquiry” provides the answers that Da Vinci Code adepts have been waiting for. But in the course of their investigation into the sources of this bestselling novel they found, as is so often the case, that fact can be far stranger than fiction.