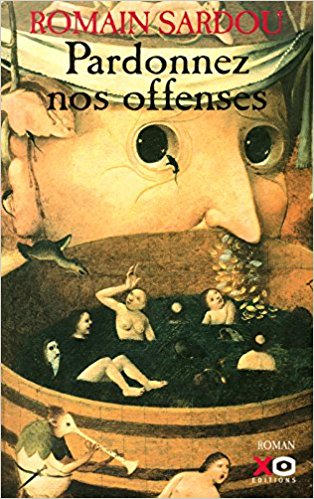 Forgive Us Our Sins

“The story shows all the verve of its young author. This medieval thriller cannot but inspire comparisons with Eco’s bestseller, The Name of the Rose. But whereas the author of Baudolino enjoys losing his reader, Sardou goes straight to the heart. ” – Le Parisien

Imagine staging the end of the world and observing the effects of this apocalypse on an isolated, rural village. imagine a group of powerful Vatican clerics coldly orchestrating such an experiment in search of scientific and theological “truth”. 1284 Heurteloup is a village tucked away in the marshlands of South West France. It has been cut off from the rest of the world for forty years and – so it seems – ignored by everyone including the local diocese and the state. Neighbouring townsfolk do not dare venture anywhere near Heurteloup – it is a place that inspires terror, a name that conjures up evil spirits, darkness and savagery. Not so long ago, the remains of corpses were found floating in a river, dragged by the current straight from the banks of the cursed town. One man decides to set off to try to save the “soul” of Heurteloup: his name is Father Henno Gui. A newly ordained priest, Gui is driven purely by faith and his sense of vocation. He is accompanied by two loyal companions: a young boy, Floris, and a giant-like man, Mardi Gras, whose disproportionate size and disfigured face terrify onlookers. Having walked for days, fighting their way through thick forests, Gui and his companions arrive at Heurteloup. The village is deserted and there is not a soul in sight. The Church is in ruins and the dwellings appear uninhabited. But when Gui looks carefully, he notices traces of recent human activity, and he can sense that their every move is being watched. He has no idea where the villagers are hiding. Most importantly, he can tell from effigies and statuettes of women that these hidden villagers worship “Gods” of a very unorthodox kind. So begins this violent and compelling story of power and corruption, where magic and superstition coexist alongside Catholicism and the stranglehold of the Vatican. Romain Sardou effortlessly recreates the period in this page-turner of a novel; tightly crafted and rich in detail, he weaves philosophical and religious questions through a chilling tale of murder and betrayal.